The relevance of artistic and political legacy of the 60s

The year 1968 is described by the novelist Paul Auster as the moment when political, racial, sexual and cultural forces exploded into a ‘revolutionary volcano’. The dance world felt this eruption as dancers begun to challenge the traditional understanding of choreography and its place in the world. In fact, post-modern dancers like Trisha Brown, Steve Paxton, Lucinda Childs or Deborah Hay fundamentally changed the way we see, feel and understand dance as an art form today. It is even said that the post-modern generation made dance an intellectual art form.

It took years, until the 1980s before the new thinking became prevalent in Berlin. Today the world is here, and the global change that began fifty years ago has turned Berlin into an important place for the development of contemporary dance. Today, Tanzfabrik Berlin is celebrating its 40th anniversary, Tanz im August its 30th, HAU Hebbel am Ufer its 15th, and Sasha Waltz and Guests its 25th. Now, dance as an art form is more visible, accessible and diverse than ever, and contemporary dance especially seems to be at the forefront of experimental and radical art movements.

We asked Silvia Gribaudi, Maija Hirvanen, Felix Mathias Ott, Björn Säfsten, THE AGENCY and Bahar Temiz about the legacy of post-modern dance and their views on the future of contemporary dance, in general and in Berlin.

Is the political and artistic legacy of the 60s relevant to your work and thinking?

Bahar Temiz: The 60s had a big impact on everything, as there was a fundamental change in society and redefined our concepts of body, gender, hierarchy and so on. I wouldn’t directly refer to that period while describing my work but I certainly reflect on parameters that are intrinsically related to our shifted understanding of the self and its tension with the community. I’m interested in dance as long as it merges into performance art.

Maija Hirvanen: The collapse of grand narratives has affected the way I see the artistic worlds I’ve been involved in creating. I understand bodies as flexible, not fixed, in terms of identity politics and field of experience, having possibilities to somethingelsetoo. I can’t imagine this without the 60s legacy. To consider that the mind is a muscle. To juxtapose, to play (not only work hard). To work horizontally. To mobilise irony, not cynisism, as a way of notifying contradictions. To make dances deriving from everyday activity.

Silvia Gribaudi: In the 1960s a revolution of the body started; women especially began to own their body more than they had done before. Then as now, women experienced the creation of a space to express their body freely, where their body could rebel against being an object of seduction. The body of women is a revolutionary act that I feel belongs to me. In every creation of mine, as a woman and as a human being I insist on the fundamental right to be whatever you want to be, while respecting yourself and not being cast into pre-set social roles. I feel my work is very much related to that kind of feeling, the urge to change a whole concept, to look at oneself from a completely different viewpoint – again and again. In the 60s the concept of the weaker sex was subverted. Now I’m subverting the very idea of a gender. 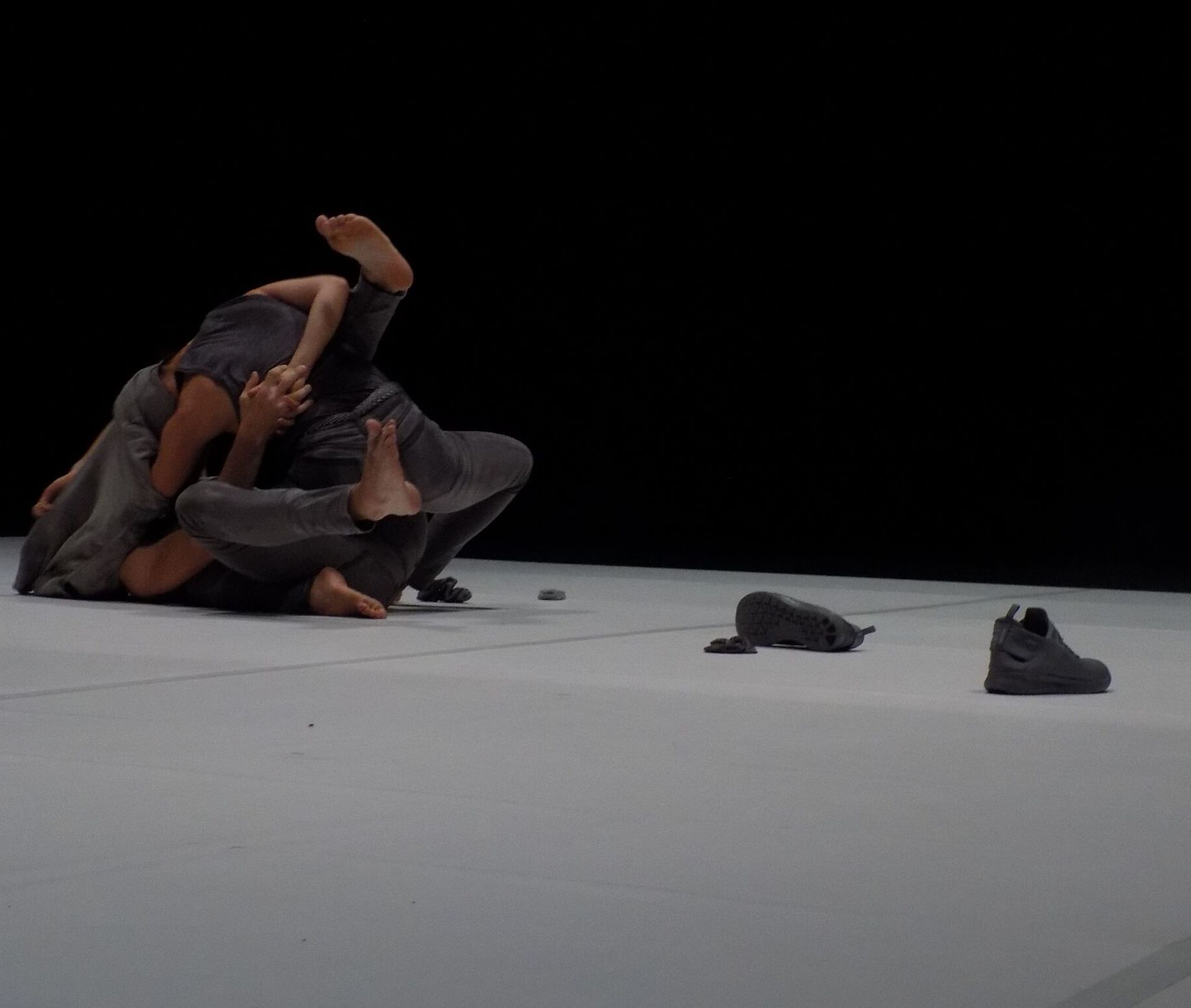 Bahar Temiz: Contemporary dance is relevant today as long as it is abstract and universal in its tangible quality. As it reflects on its own hierarchal aspect and questions how authentic a performer can be in a choreographic structure and activate the nature of dance as a live representative form. It’s relevant as it explores the limits of tolerance and concentration, and it’s a meditation frame in which we become a reflecting community.

Silvia Gribaudi: Contemporary dance can narrate through a mix of different languages, and is constantly new and relevant in its potential to make people feel violent emotion, and empat h ise with performers. What you experience in a theatre as an audience member should stay inside of you long after you have left the theatre. Dance can reawaken one’s body; it can stimulate the responsibility each one of us has in creating value in our workplace, in the community where we live, everywhere. It can reawaken the respect for diversity, the unity between people and the value of each single individual.

Maija Hirvanen: I think dance is an area where radical perspectives of empathy and interaction between living bodies not based (only) on social forms can take place. Movement as a field of study in itself has great potential. A field that provides its own kind of understanding about everything that exists – and changes our understanding of language, politics, images, ways of being and operating in the world.

Björn Säfsten: This question is a political question of justification that simplifies what’s interesting within an artistic practice or the work of an artist. The question could perhaps be who is relevant in relation to what and when? Sometimes they are and other times they aren’t. What do you want to address when saying ‘relevant’? Is it a way to address quality? The effect of art on society? How dance can contribute to what and when? I’m sure that many artist are relevant, at least they are to me. To my thinking, my experience of their world affecting mine, the concepts they bring up, the pleasure they give, the things they provoke, the emotions they produce, how they make my body feel – how they change me. I’m grateful for every time that happens. 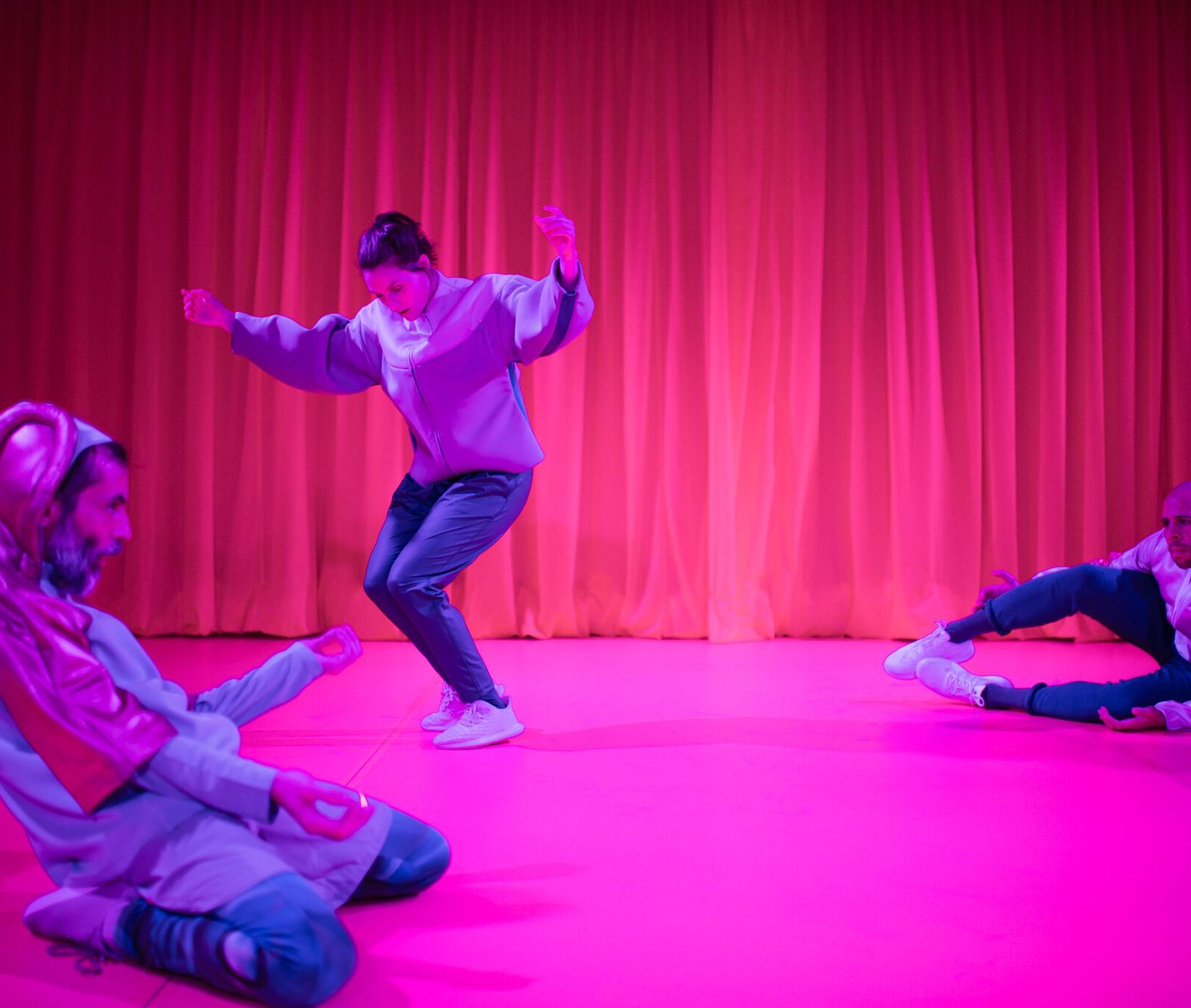 Where is the future?

Bahar Temiz: The future is in space as a non-separated entity where the alienating vocabulary (words such as ‘other’, ‘stranger’, ‘immigrant’, ‘minority’, ‘class’, ‘transgender, etcetera) would loose its function. It would be a connecting space: people to people, people to objects, to animals, to environment and also self to self.

Maija Hirvanen: In re-engaging with political and artistic ima gination. Imagination not as pictures in our heads, solitary visions, but as a collective capacity. Radically re-forming the junction of human bodies and other bodies, those of living species, the environment, of inorganic nature. Dance and body-based art forms can do this: mobilising empathy, which constructs interconnectedness – empathy that is politically aware of itself. Never forget writing by hand. The future also lies in resisting effectiveness without a purpose outside itself, effectiveness endlessly reaching towards ideas of materialism. Re-engaging with our so-called unconscious desires and re-directing them from given options to creating options.

Björn Säfsten: From a Stockholm perspective, I would say community-building is in focus. It has always been im portant in the field of dance, but in Stockholm there’s clearly an even bigger effort being put into this by artists. Collectives consisting of larger numbers of artists, re-shaping organizations, sharing practices, creating festivals, daily training and so on. It’s a response to the problematic and difficult political context in Sweden today: we need somewhere to belong. But it also shows that the number of active artists has increased, and that there aren’t enough institutions to support all of us. I get the feeling that many young artists today are more interested in creating a context to work in with others rather than building a platform for their own work. Time will tell.

Silvia Gribaudi: The future is in no boundaries – between sexes, nations, identities, languages … 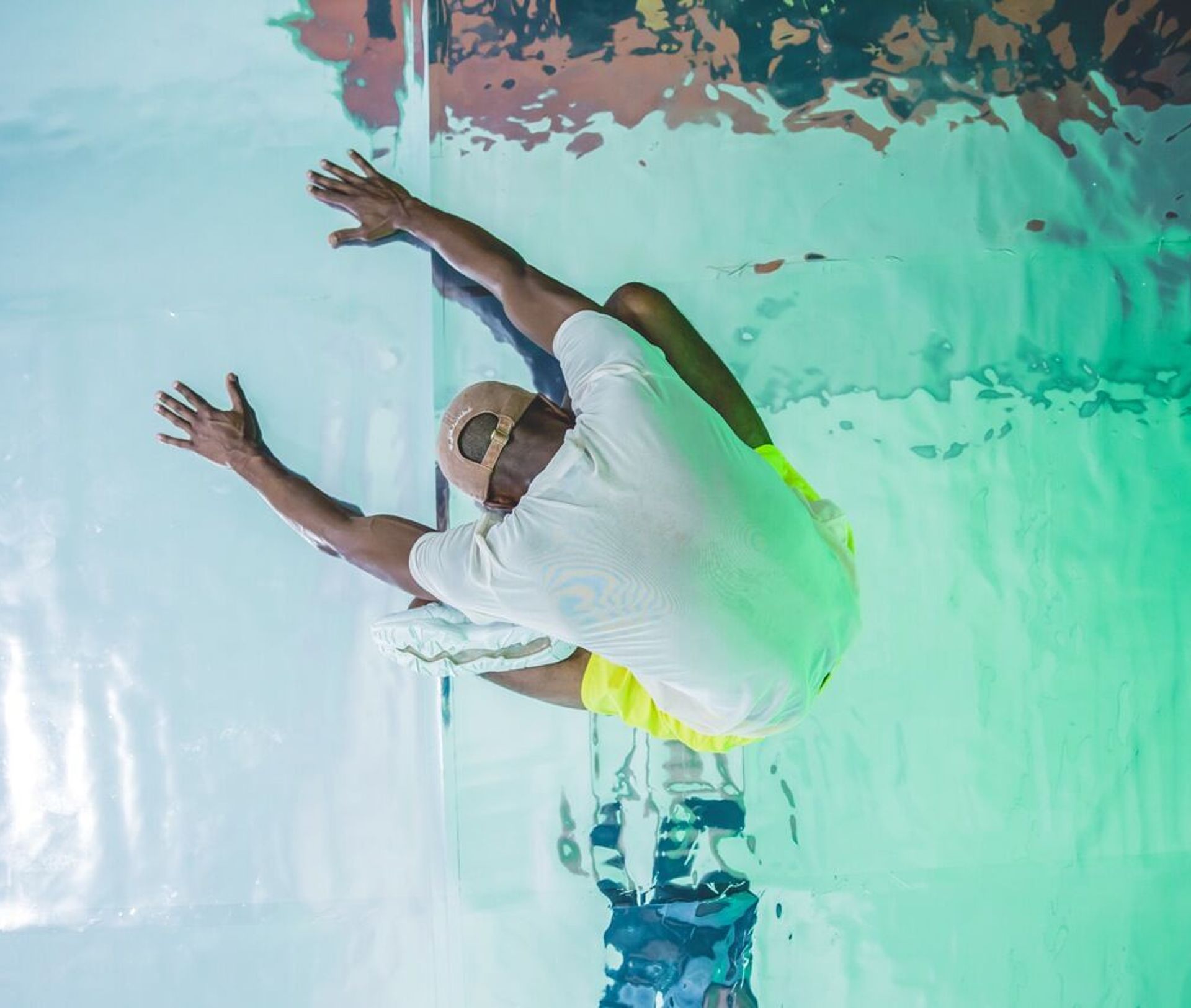 Where do you see real and imaginary future of the Berlin dance scene?

THE AGENCY: As THE AGENCY we are positioned between Munich and Berlin. In both cities we see similar needs in the local scenes: one of them is certainly for long-term, non-project-linked funding structures for companies and groups, and more affordable rehearsal space. In Berlin a dance venue, a Tanzhaus, would be additionally desirable for such a large scene. And Munich, particularly if Matthias Lilienthal will not continue as artistic director of the Kammerspiele after 2020, lacks a production venue that links the local and international independent dance and performance scenes, takes an interdisciplinary approach and is also equipped with adequate funds and facilities for such a concept.

Felix Mathias Ott: We need to think of ourselves as different – in these differences, there also lies the potential for unity. For me the question is not whether Berlin would need a Tanzhaus, but: How would the Tanzhaus change the landscape?