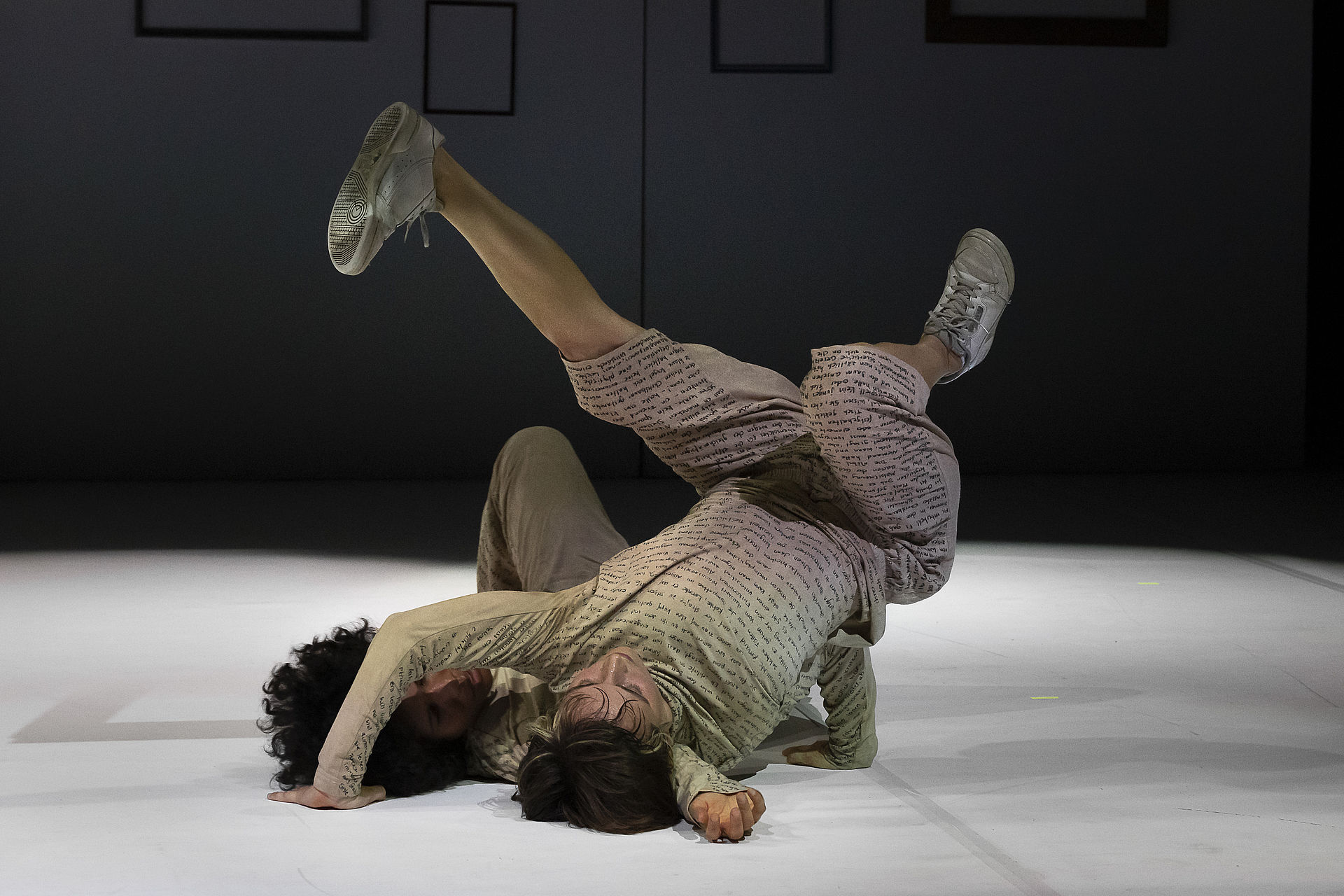 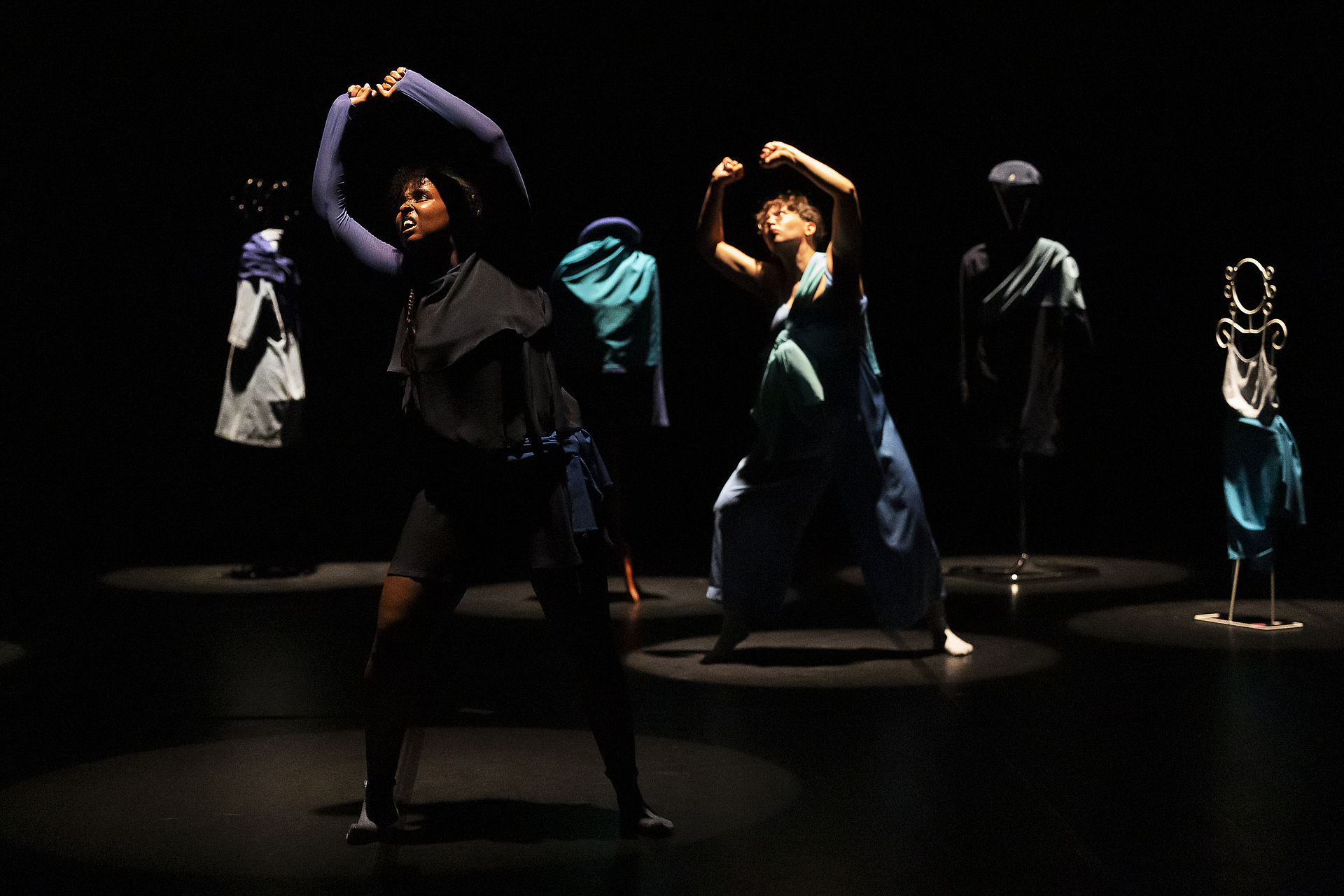 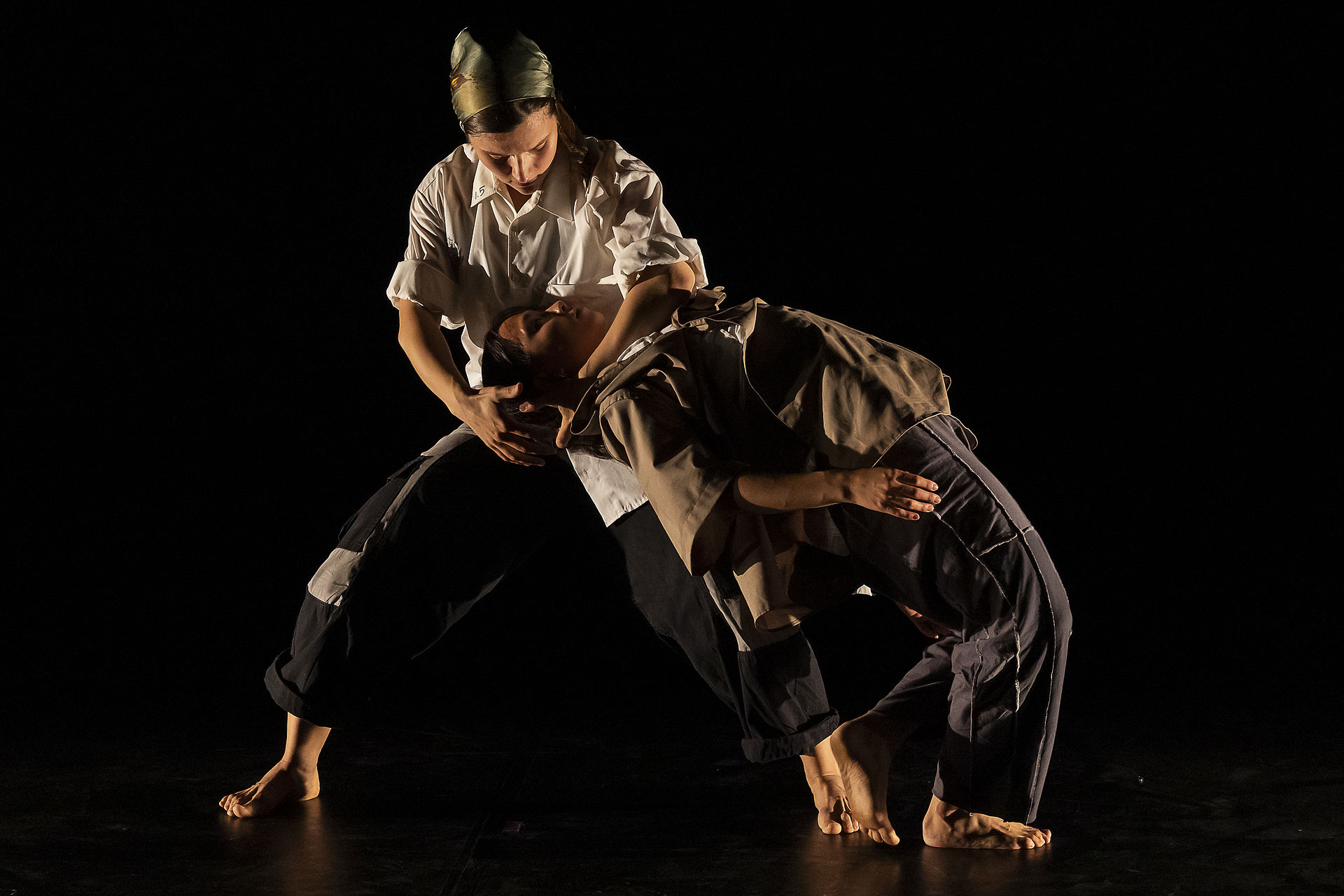 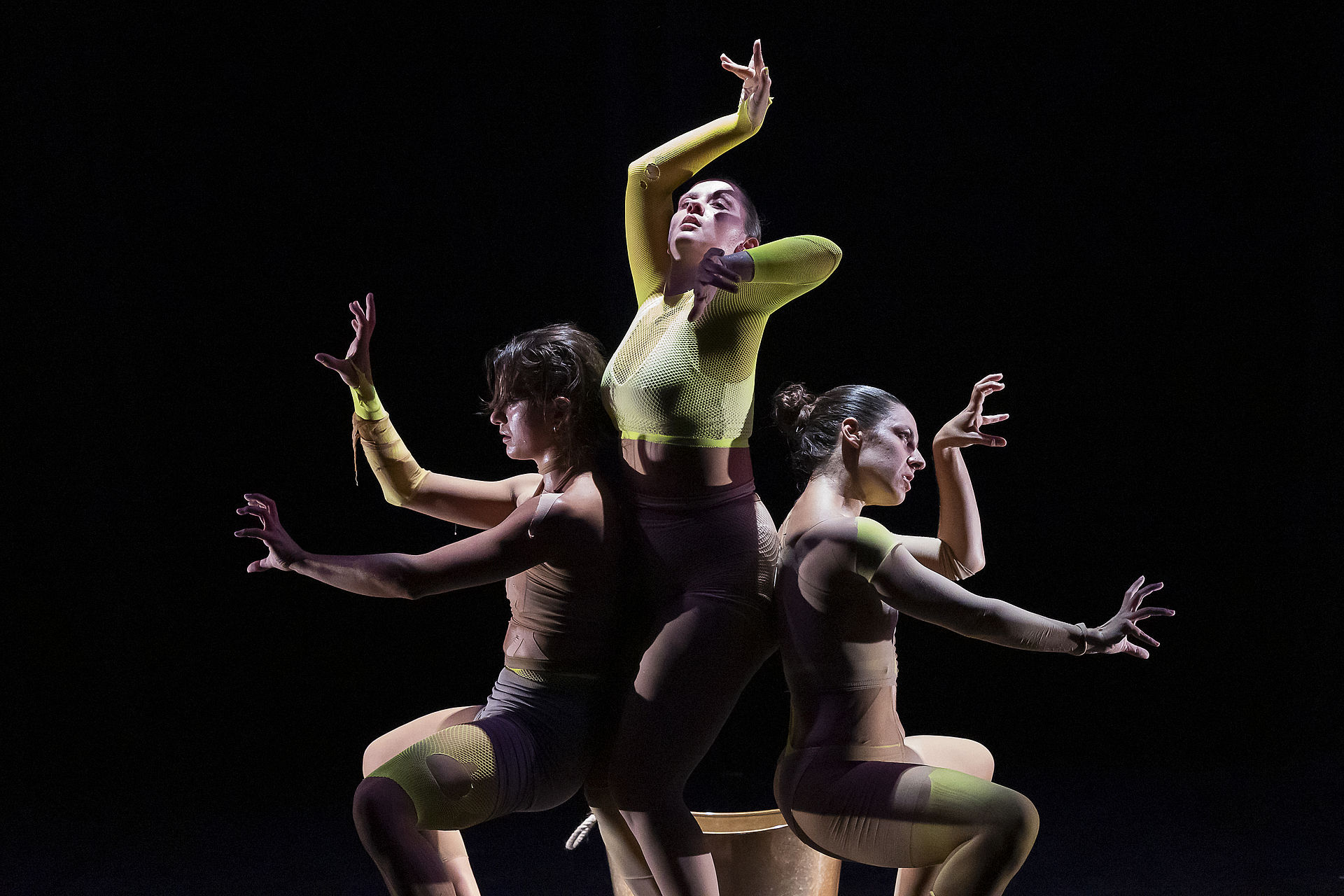 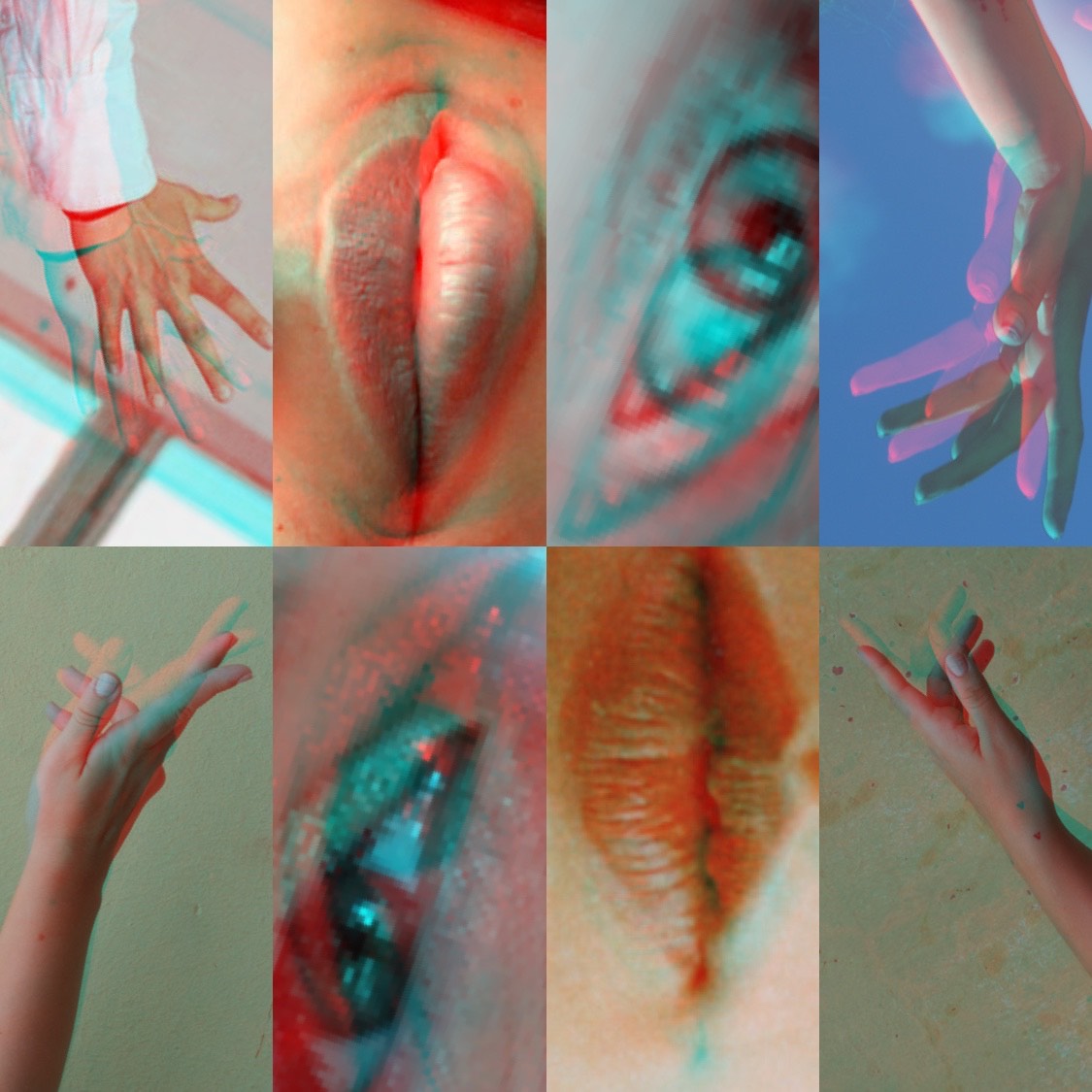 17.8. ▲ On the sofa: Express yourself! Strategies of empowerment for women in urban dance | Bibliothek im August

For the third and final year in the ongoing project URBAN FEMINISM, the ten young Berlin-based urban dance-makers selected by Tanz im August present three explosive collaborations at HAU3. Following a series of intensive workshops and mentored rehearsals focusing on lighting design and dance dramaturgy, the female artists merge hip hop, breaking, popping, krump and house among others in a unique evening that marks the grande finale of the programme.

Programme of the evening:

to be imprinted, to imprint. to be regarded, to look at. to be patterned, to pattern. to
be disturbed, to disturb. to be enclosed, to close. to be described, to write abstracts
real experiences that are forgotten behind closed doors. Viola Luise Barner and Malika
Lamwersiek seek a dance expression of how patriarchal family structures are perpetuated
through violent manners.

Insulation is the material, which is used in buildings to reduce the transmission of heat and
the loss of energy. Using it as the metaphor for interpersonal connections, Iman Gele and
Lisa Ennaoui raise questions about the role of space and borders in social encounters. This
piece combines various urban dance techniques inside a theatrical setting and looks for moments
of euphoria as well as overstraining through the movements of fabric.

“to be found” addresses the importance of cooperation and the imagination of a hopeful activism.
In line with our belief in the goodness of humankind, we negotiate different perspectives
and voices in a social and political movements. What do we need to move forward together and
create space for an honest dialogue? Let’s put our thoughts into action and solve the problems
together, which can’t be solved alone. Inspired by the spirit of house dance and the cypher culture
we found our common language by merging different types of movement and techniques.

A tribute to the dark goddesses, whose characters and power have been turned into something
fearful, scary and evil in the history. Tonight we want to remember that power and
strength and birth a new way of existing. Because from all the times you tried to bury us,
this requiem shall be the last one, for you to realize…that we are (the) seeds.

HAU3 unfortunately is not barrier-free. Access to the theatre is via a stairwell (3rd floor). The use of a lift is possible with prior arrangement. If you need help, please contact our Ticketing & Service team at +49 (0)30 259004-27 or email us at tickets@hebbel-am-ufer.de. Wheelchair users are also kindly requested to register their attendance at least one day before the performance.
Thank you for your understanding.