Memory in the Present Tense

Rosemary Butcher, British ‘icon of new dance’, is visiting Tanz im August for the first time – with four works from her archive project Memory in the Present Tense. “SCAN”, originally inspired by a book about medical imaging, looks at the inside and outside of four bodies that move within a narrow grid. “After The Last Sky” is a video installation that deals with the isolated body in exile, working with mental and physical boundaries. Alongside addressing these works from her archive, Butcher is showing two new works created in parallel to her engagement with her own archive: The video installation “Secrets of the Open Sea” and the performance “The Test Pieces” circle around the question of memory in relation to the present and future.

Profoundly influenced by her time in New York, 1970-72 where she encountered the work of The Judson Group at its height where she was probably one of the few European choreographers to be studying Judson in New York at that time.  She subsequently introduced those ideas to Britain at her 1976 ground breaking concert in London’s Serpentine Gallery.  Since then, Butcher has developed her own movement language and choreographic structure. By her determination to remain an independent artist, her use of cross arts collaboration in Music, Visual Arts, Film and Architecture within the choreographic process and her frequent choice of non-theatrical spaces to present her work, she has forged her own place within the European contemporary dance scene. Butcher has recently been awarded an MBE for her artistic achievement.

An inspired teacher, Butcher’s teaching practice has always informed and run in parallel to her choreographic work. She has taught at all levels, from infants to “A” level school; students with the ILEA, University degree and PhD level at University of Surrey and Laban.  In 2003 she was awarded an Arts & Humanities Research Board Scholarship and in 2007 the post of Senior Researcher at University of Middlesex U.K. She has also regularly teaches internationally with courses on the process of choreography and with individual mentoring. 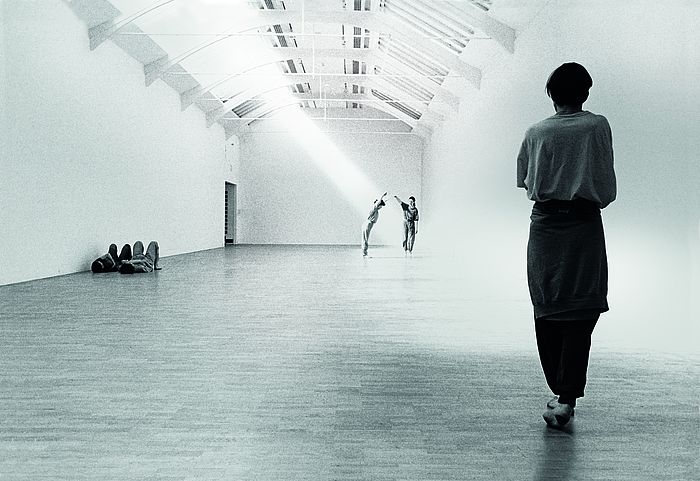 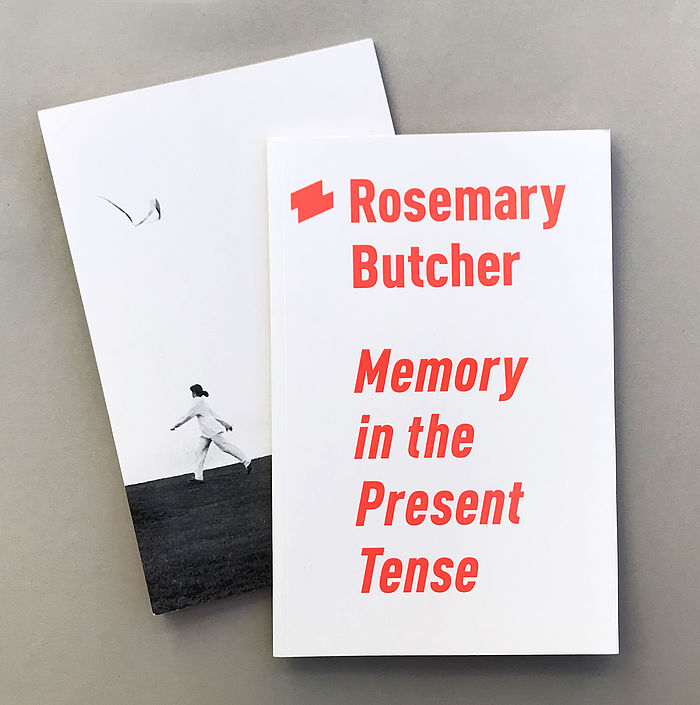 The catalogue can be downloaded here for free. If you want to order a physical copy of the catalogue, please email us at info@tanzimaugust.de.

The publication Memory in the Present Tense documents Rosemary Butcher's archive project for the festival Tanz im August 2015 at the Akademie der Künste in Berlin and is a contribution to the sustenance and dispersal of Rosemary Butcher’s ‚traces and memories‘. It contains photographs of the exhibition and its artefacts, a conversation with the curator and dance scholar Sigrid Gareis about Butcher’s body of work, her career and the Berlin retrospective and two transcriptions of talks that took place during the festival: one with the choreographer and dance scholar Susan Leigh Foster on Butcher’s recent pieces “The Test Pieces”and “Secrets of the Open Sea”, the exhibition for Berlin and her work as a teacher, and a talk with Lucinda Childs and Virve Sutinen about the Judson Church movement, Child’s and Butcher’s view of it, how it influenced their works and their recent archive projects. 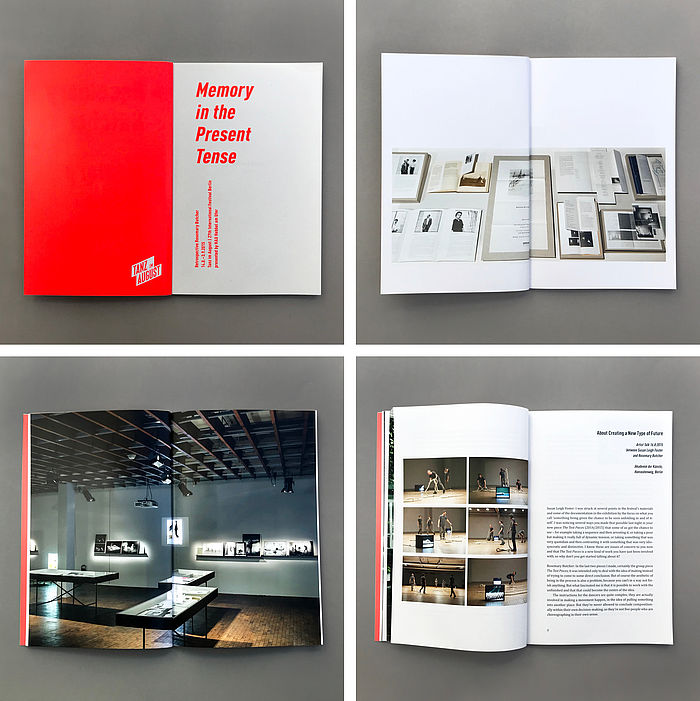 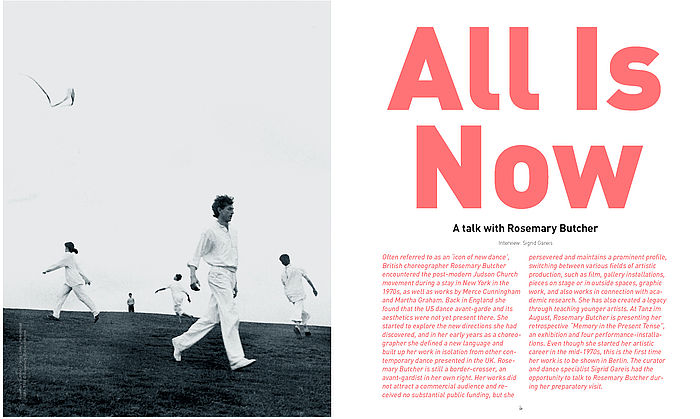 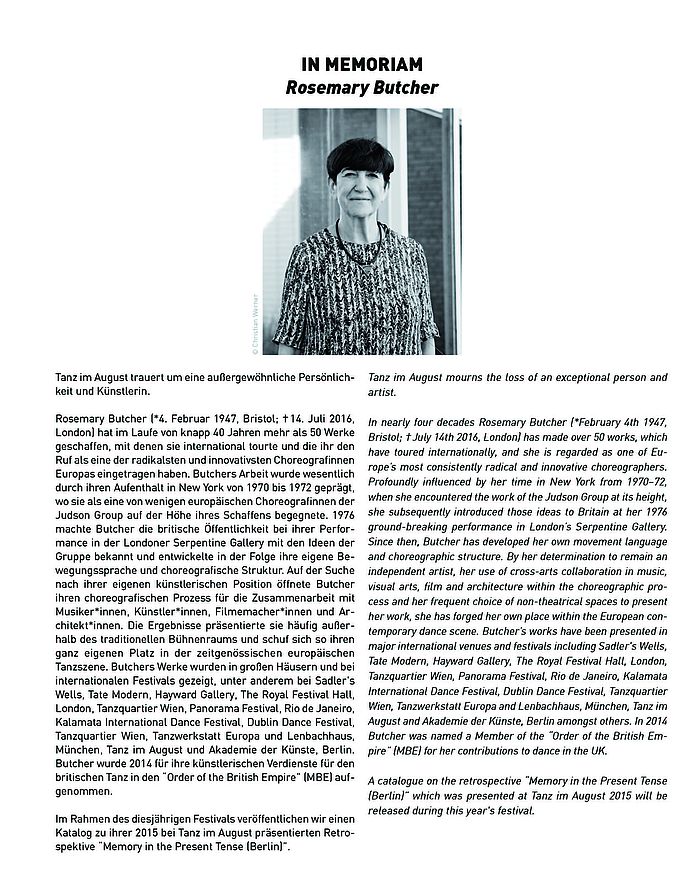 Productions Memory in the Present Tense 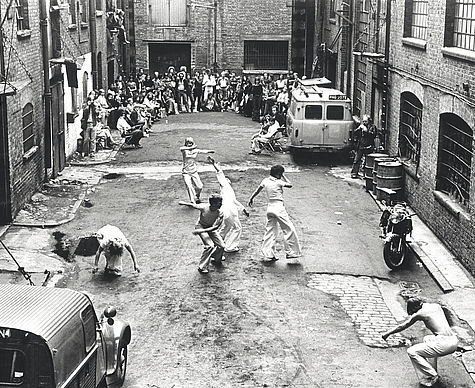 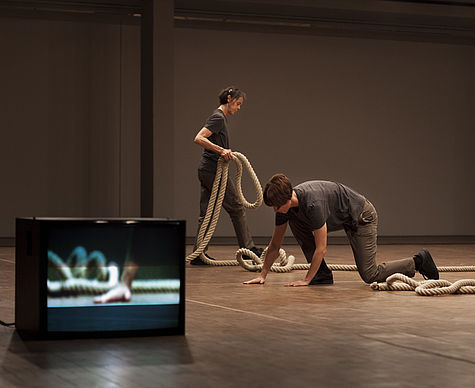 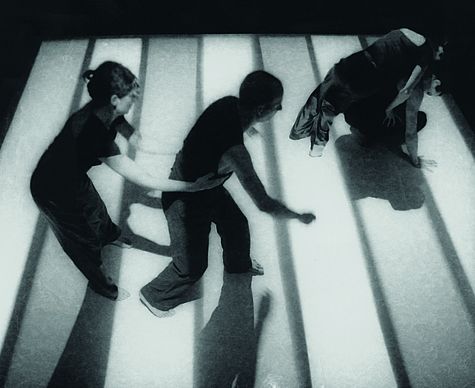 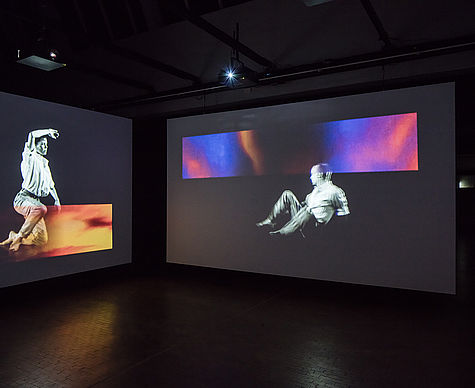