It was Greek Minister for Culture and world-renowned actress Melina Mercouri who suggested to the council of the European Community in the early 1980s that they should declare one city in the EU ‘European Capital of Culture’ each year and finance its celebrations. Her aim was to bring together the citizens of Europe and introduce them to the culture of a city and its country. On 13 June 1985, the respective ministers adopted the resolution to designate a European Capital of Culture each year, and chose Athens as the first city – as a kind of thank you for giving them the idea. Florence was next, in 1986, followed by Amsterdam in 1987, and then West Berlin in 1988.

Culture and art – as is shown in the concept paper for ‘E 88’, Berlin’s year as the European Capital of Culture – were political issues on both sides of a divided Berlin.

Capitalism versus communism/socialism – the Berlin Wall separated two ideological systems. That was still the case in 1987, when the city’s 750-year anniversary was celebrated to great fanfare on both sides. The celebrations in West Berlin were showered with (government) money. 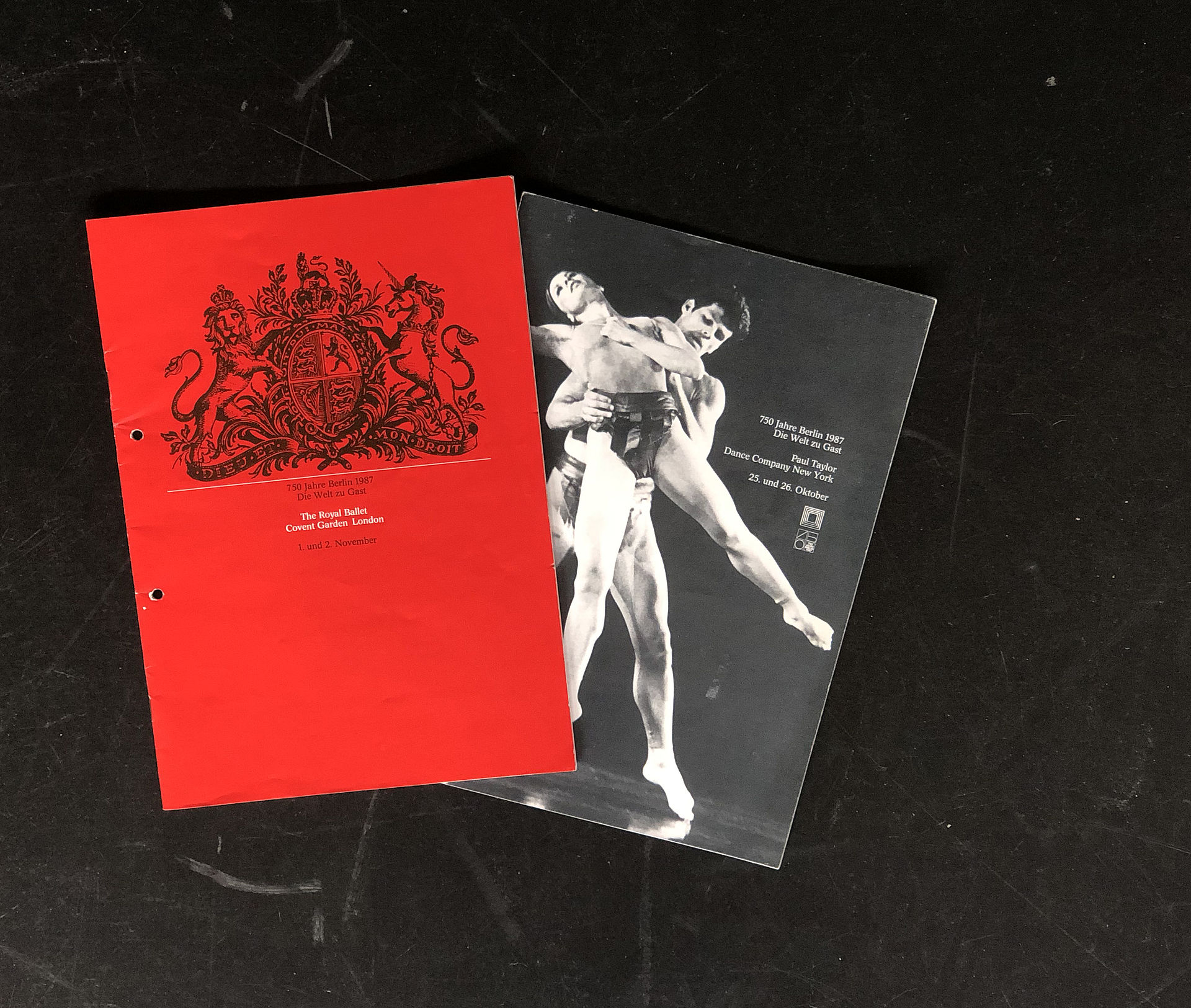 The slogan “The World is Invited to Berlin” made clear what the West had to offer in 1987: liberty and freedom of movement. Nele Hertling, who started work on the programming for the European Capital of Culture celebrations while she was still at the Akademie der Künste remembers it well:

Volker Hassemer (CDU), West Berlin Senator for Culture (1983-1989), gathered together a bunch of advisors at the organisational office that he had provided to Hertling and Rohner. The year as European capital of culture, known as ‘E 88’ for short, needed new ideas – ones that were experimental, unfinished, unheard of. In 1988, West Berlin was to present itself as a WERKSTATT (workshop), as a European city of culture always in a continual process of development:

And who knew the “artistic potential” and “rich cultural substance of the city”, its “range and breadth, from the large centralised ensembles and institutions to the decentralised establishments in the various neighbourhoods” and the “diverse number of independent initiatives” better than Nele Hertling?

No one in Werkstatt Berlin e.V. had any time for that either. Hertling knew organising and improvising only too well from her many years as the secretary for music and performing arts at the Akademie der Künste (West):

Of course, Hertling was also keeping tabs on contemporary dance. For years, she and her colleague Dirk Scheper had organised the guest performance series ‘Pantomine – Music – Dance – Theatre’ – PMTT for short – at the Akademie der Künste. She had been particularly familiar with the US dance and performance scene ever since she and Ulrich Eckhardt (Berliner Festwochen) had brought the New York underground to West Berlin for the show ‘Soho – Downtown Manhattan’ in 1976. 10 years later, richer in both contacts and experience, she basically came up with the concept for the dance programme off the top of her head, jotting it down on a piece of paper:

To make this programme a reality, Hertling needed allies:

Even before the launch of the TanzWerkstatt at the beginning of June, the plan to involve the Berlin dance scene was seen by many as an empty promise, and the role of Tanzfabrik, the cooperation partner of the TanzWerkstatt, was viewed with suspicion. There were protests.

The outcry was not without consequences. In early 1988, dancers, choreographers, and dance instructors joined forces to create the interest group ‘Tanz Initiative Berlin e.V.’ (T.I.B.), and demanded their share of public funds.

Finding suitable spaces for the dance programme was one of the biggest challenges for the TanzWerkstatt. On the one hand, the effects of the 750-year city anniversary celebrations were still being felt, and on the other, the programme was an unusual mixture of performances, public rehearsals, technique classes, workshops, discussions, video presentations, and performance projects – a programme not particularly well-suited to theatres. So, at the old Schultheiss complex in Kreuzberg, for example, the brewery along with its enormous underground storage spaces was opened; elsewhere, a furniture warehouse was converted, which now houses the Neuköllner Oper; and a theatre tent was erected next to the Freie Volksbühne in Schaperstraße. E 88 therefore also became a programme for creating new spaces for the Berlin cultural scene.

On 4 June 1988, it all got underway in the Hebbel-Theater; a jam-packed, somewhat confusing programme, as the dance critic Irene Sieben wrote in the Berliner Morgenpost on 3 June 1988:

The dance classes were a real coup for TanzWerkstatt – even offering the once-in-a-lifetime chance to work with modern dance icon Merce Cunningham. While Hertling and Maria Magdalena Schwaegermann looked after Cunningham and the programme sections ‘European Dance Today’ and ‘Early Dance’, Ulrike Becker and André Thériault coordinated ‘Issues For The Nineties’, a project conceptualised at Tanzfabrik by Jacalyn Carley, Dieter Heitkamp and Robert Rease.

Contemporary dance and historical dance styles together in one programme – that was something new. Ulrike Sternberg and Klaus Abromeit – who had founded the ‘l’autre pas’ group in 1985 and engaged with historic dance styles and costumes – were in charge of the ‘Early Dance’ section.

From Contact Improvisation to baroque dances, from established dance greats to unknown talents, all shown in unusual performance venues – the diversity of what the TanzWerkstatt offered was enormous. The message was that “all movements are possible”.

Dieter Heitkamp, who contributed to the TanzWerkstatt as a choreographer, dancer, and organiser, and for whom these tasks sometimes became too much during the three weeks of the festival, hoped in 1988 for more cooperation in future:

As soon as the last guest of the TanzWerkstatt bid their farewell, Nele Hertling started thinking about the next step, approaching politicians with a policy document. For her it was obvious that there should be a TanzWerkstatt again in 1989. Soon after, West Berlin’s Senator for Culture Volker Hassemer laid the foundations in the truest sense of the word for the continuation of Hertling’s programming and the TanzWerkstatt:

However not everyone in West Berlin was happy with the senator’s decision. A theatre without a fixed ensemble, without an established repertoire, and what’s more, with a woman at the helm: that went against all accepted ideas and the customary distribution of roles. At 54, Hertling was the first female artistic director in her hometown of Berlin, and in a theatre with a long tradition at that – right next to the Berlin Wall. Though no one had any idea that just a year later, the wall would be irrelevant.