Throughout the duration of the festival, Tanz im August will be showing a diverse selection of live performances and films by Spanish choreographer La Ribot. A feminist and pioneer of the conceptual dance movement of the 90s – at once challenging and accomplished – she operates at the intersections of contemporary dance, live art, video, and performance art. The retrospective includes her six-hour performance “Laughing Hole” (2006), a selection of her celebrated “Distinguished Pieces” in “Panoramix” (1993–2003), and her 2008 duet with Mathilde Monnier “Gustavia”, along with her most recent series of “Distinguished Pieces”, “Another Distinguée” (2016). An exhibition will present a.o. a selection of her video works from 2002–2014.

La Ribot, born in Madrid, lives and works in Geneva. She began her work in Spain in the 1980s. Today her practice is having a profound effect on the current understanding of contemporary dance. Drawing freely on the vocabulary of theatre, visual art, performance and film, her work emphasises the friction between these disciplines. For La Ribot dance is the starting point for various experiments rooted in the language of the body. Since 1990 her performances and video works have been shown in large international galleries, theatres and performance festivals, such as Tate Modern (London), the Centre Pompidou (Paris) and the Panorama Festival (Rio de Janeiro).

La Ribot – Genéve is supported by the Department of Cultural Affairs of the City of Geneva, the Republic and Canton of Geneva as well as Pro Helvetiam, Schweizer Kulturstiftung. 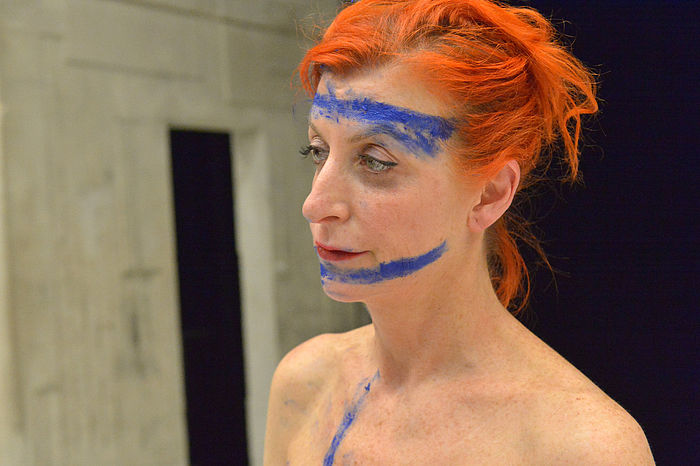 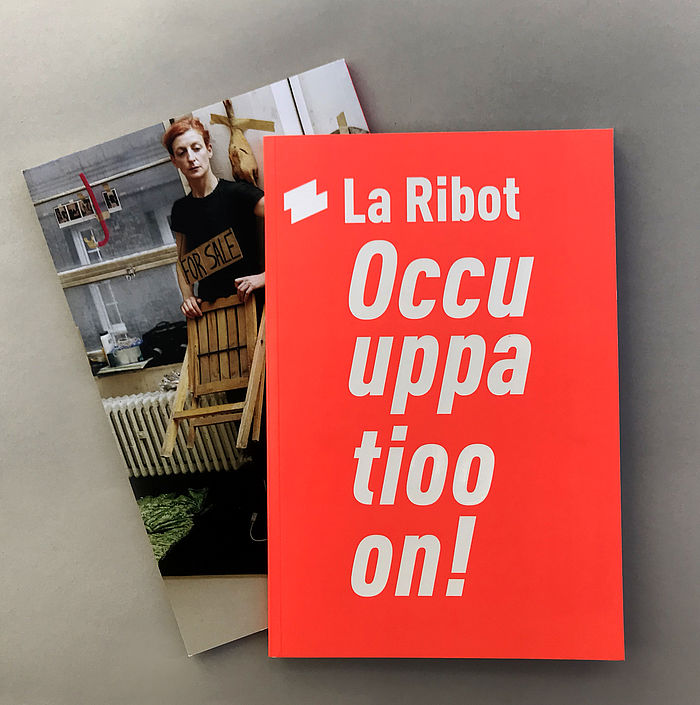 The catalogue can be downloaded here for free. If you are interested in ordering a physical copy of the catalogue, please email us at info@tanzimaugust.de.

The catalogue La Ribot Occuuppatiooon! accompanies the La Ribot retrospective of the same name, which took place during Tanz im August 2017 at HAU Hebbel am Ufer and Galerie Barbara Weiss in Berlin. Louis Keidan's text concentrates on La Ribot's „Distinguished Pieces“ (1993–2016) and how this series of short pieces influenced her artistic thoughts and actions. Estrella de Diego examines „Another Distinguée“ (2016), in which La Ribot questions existing power structures and gender roles. The interview with Stephanie Rosenthal highlights both La Ribot's filmic work and her performances in the context of the visual arts. 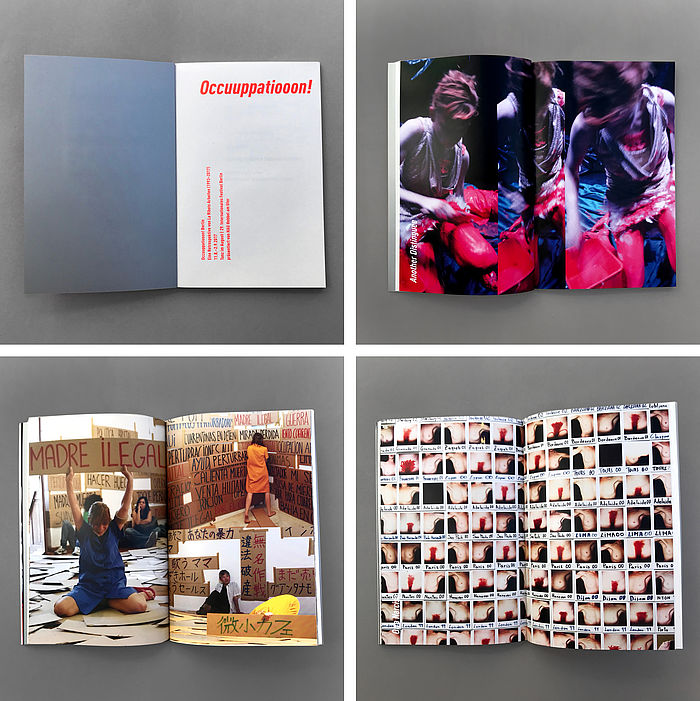 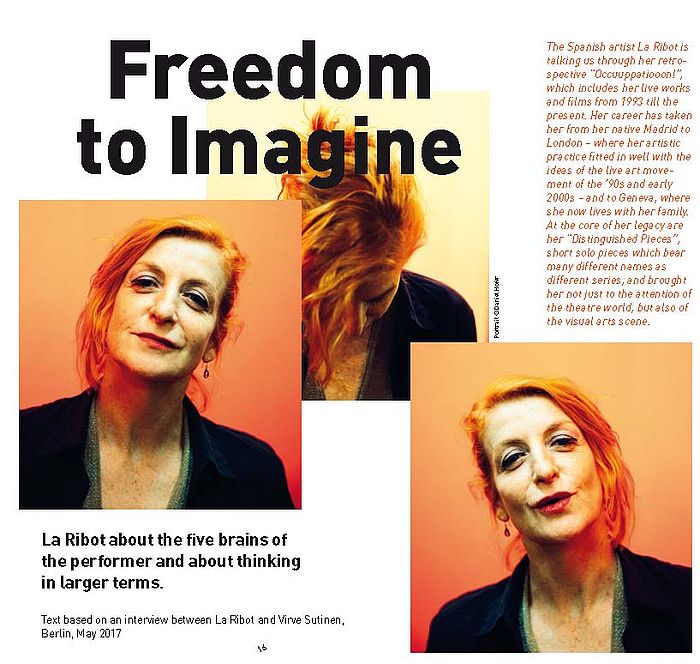 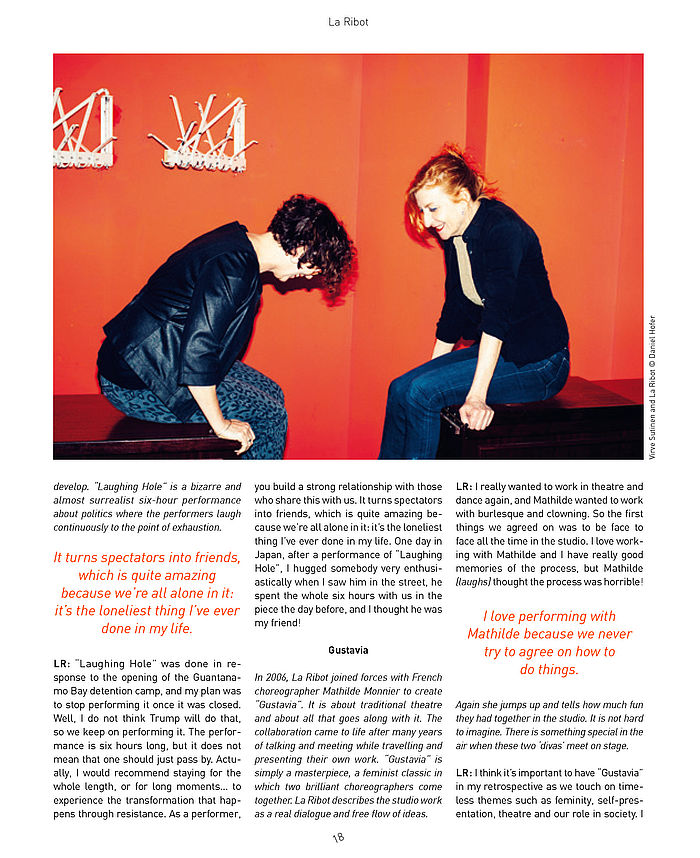 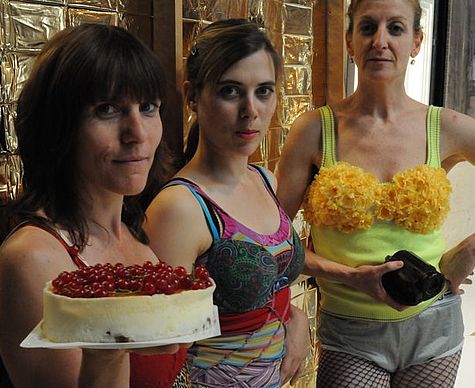 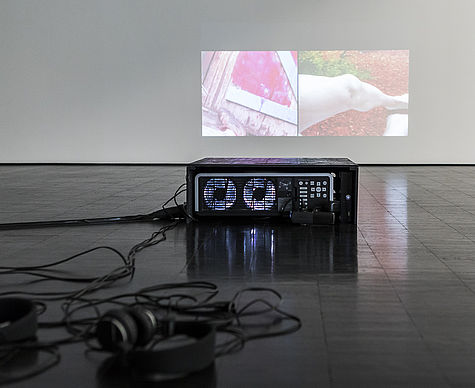 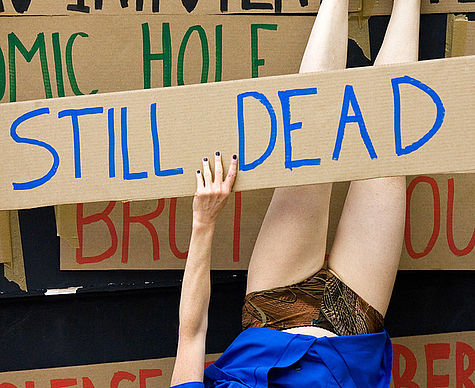 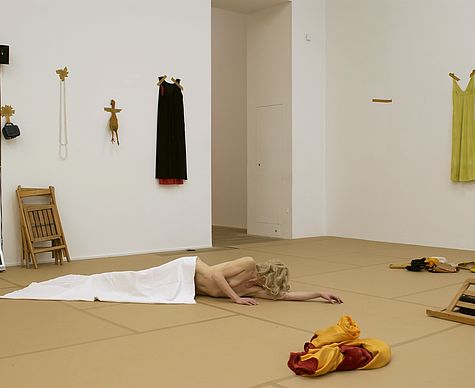 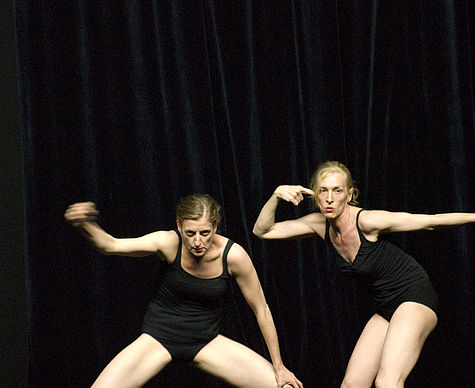 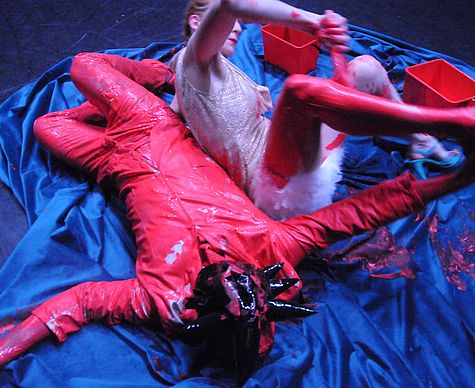