Tanz im August is Berlin's international festival for contemporary dance. Each year, Tanz im August, presented by HAU Hebbel am Ufer, invites the audience to experience the entire range of dance over four festival weeks. Productions by international stars, newcomers and Berlin choreographers, among them numerous World and German premieres, await the audience at venues across the city. Alongside the performances, Tanz im August offers a range of audience engagement formats which offer new and unexpected approaches to the festival programme.

From 21–30 August 2020 a special edition of Tanz im August is showing events that bring together a wide range of voices from the international contemporary dance world online and in public spaces. Instead of the international stage programme cancelled in May, on the 10 days of the festival the Tanz im August website will stream artistic productions, films, digital discussions and an international conference jointly presented with Zürcher Theater Spektakel, and two productions will be shown in public spaces. 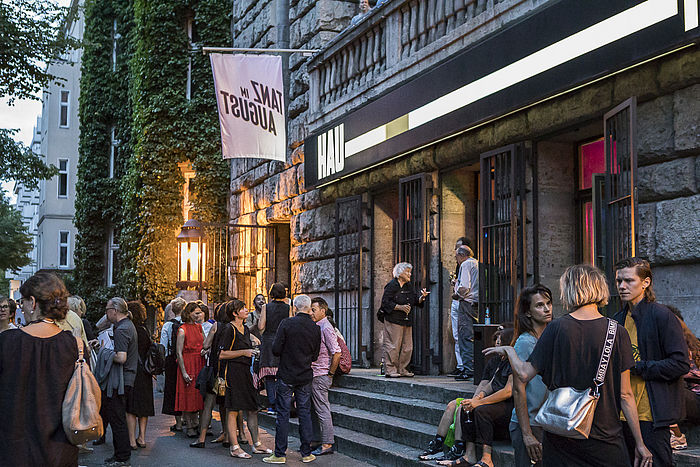