This year marks 30 years of Tanz im August and 40 years of Tanzfabrik Berlin – there’s a lot to celebrate! Both institutions are as much a part of the modern history of dance in Berlin as the three ballet companies that merged – not without a lot of strife – into the Staatsballett Berlin following reunification. Worlds away from what was being celebrated in the large opera houses at the end of the 1970s, four dance enthusiasts created their own space, renting a factory floor in Kreuzberg and building a studio suitable in which they could live, work, and dance:

“The inhospitable path leads through the gloomy back courtyard of the building at Möckernstraße 68 and up three flights of stairs to a blossoming oasis in the desert of dance that is Berlin. In the 380m2 (at a dream price of 1.76 Deutschmarks per square metre) of the former Kindermann lighting factory, which later became a shoe factory, a young team of four are building a space to foster radical cultural change: the Tanzfabrik (‘the dance factory’), a centre for modern dance, improvisation, and experimental forms of dance. Much like the recent avant-gardists operating in New York lofts, a group of like-minded people are trying to combine utopia, dance, and daily life in a proletarian neighbourhood – to develop an alternative living model. Open to all, the space is suffused with the desire for physical expression, for a spontaneous and even naïve mixture of visual, acoustic, and performing arts, and, through Contact Improvisation, for physical touch.”
From ‘20 Jahre Tanzfabrik  - nicht nur eine Tanzgeschichte’ – Irene Sieben, in Tanzfabrik – A Berlin Model in Contemporary Dance 1978-1998

Christina Vilardo’s Everybody Dances, the first performance at Tanzfabrik on 29 November 1978 was a programmatic statement. Berliners weren’t the only ones trying to think of dance and movement as a free site of experimentation, however. On 7 November 1978, Douglas Dunn’s performance of Gestures in Red opened the new Dance Umbrella festival in London, which was financed by the Arts Council.

The plucky quartet located at Möckernstraße (Reinhard Krätzig, Helmut Kugel, Christina Vilardo, and Horst Zinsmeister) could only dream of public funding, but they weren’t dreaming alone for long, quickly finding comrades. Many didn’t have any dance training, having instead studied things like sport, biology, medicine or music, but they set aside their unfulfilling studies and academic careers and dedicated themselves to the Tanzfabrik collective, which was established as an association in 1980, self-managed and self-organised. That meant that everyone had to do everything – some did more, and some did less. In other words, this model required strong nerves and plenty of patience. Under Tanzfabrik’s roof, people lived, loved, learnt, danced, rehearsed, and performed, all in one space. 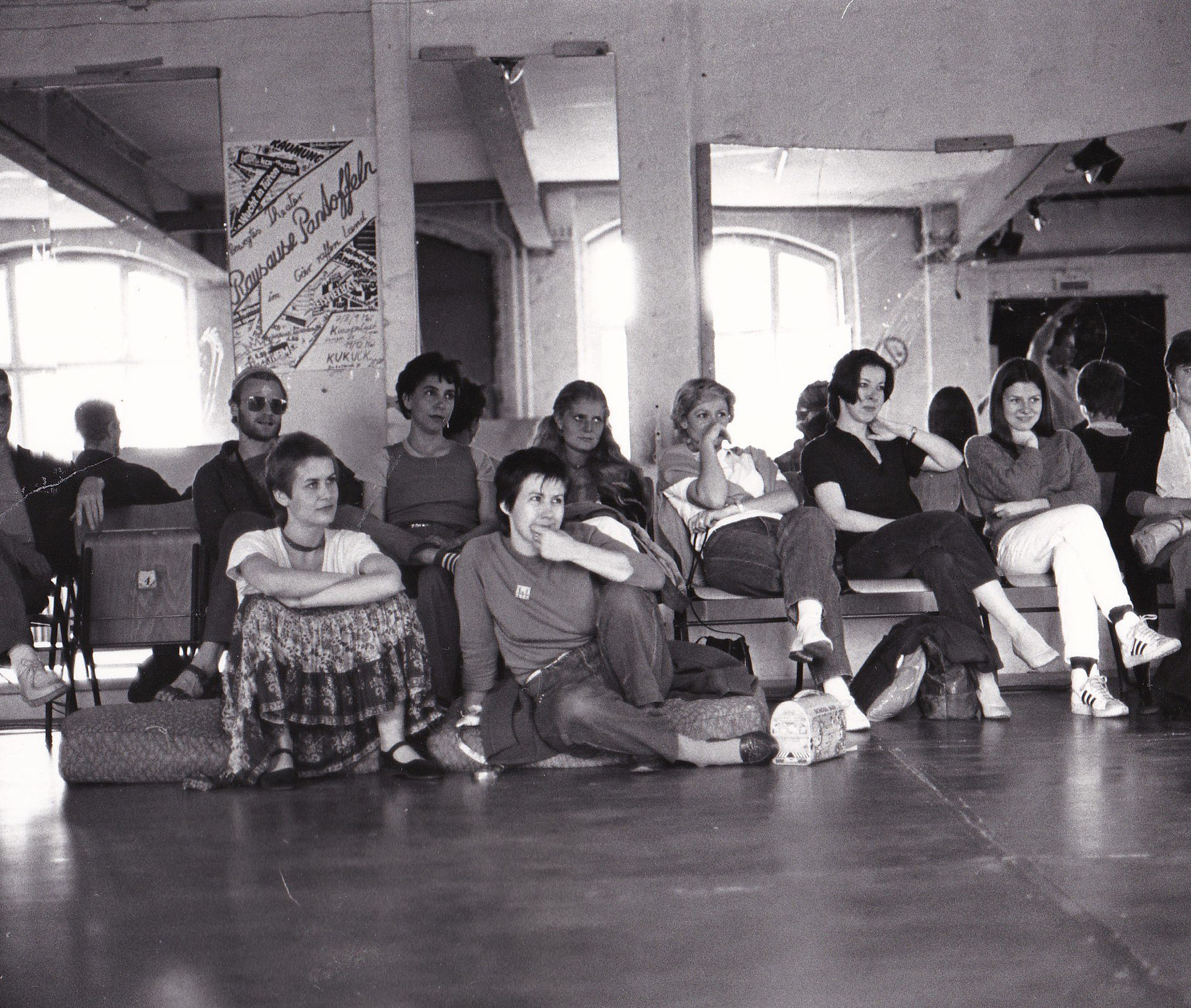 A carefree world of dance without rules or taboos began to emerge, and word quickly got around. Anybody who visited West Berlin and was in search of dance inevitably ended up at Möckernstraße. Although there were only two dance pieces per year in the first two years, in 1980 that shot up to six and in the following years the number of pieces varied depending on the financial situation. The Berlin Senate were reluctant to provide on-going funding, because the so-called ‘Off Scene’ or ‘Independent Scene’ still wasn’t an established cultural-political concept, and a stable support system had not been set up.

The success of Tanzfabrik came not only from their productivity but also from the open nature of their ‘school’. Whether Contact Improvisation or body-mind centring, Tanzfabrik was the right place for anybody who wanted to learn about the newest developments in contemporary dance. Tanzfabrik had established itself as the home of avant-garde dance in Berlin, which didn’t escape the attention of Nele Hertling, either. Claudia Feest, co-founder of Tanzfabrik, remembers:

When, in 1986, Hertling agreed to put together the programme for Berlin’s year as European Capital of Culture, E 88, she brought Tanzfabrik on board. By this time, they had moved on from the model of ‘living and working under one roof’, and the communal living space had been dissolved. The principle that ‘everyone does everything’ had also been consigned to history; Tanzfabrik had begun to professionalise.

Jacalyn Carley, who presented her choreographic work Ch-Ch-Ch-Changes at Tanzfabrik in 1979 and was a part of the team from then on, remembers:

Something that sounded so simple turned out to be an unbelievable amount of work. Videos had to be watched, groups had to be invited, and applicants had to be selected – and where possible, they weren’t to be beginners. This was a decision that caused a great deal of internal disagreement, because the one thing we didn’t want was for Tanzfabrik to come across as ‘elitist’. But the workshops were only one element in the comprehensive concept sketched out by Jacalyn Carley, Dieter Heitkamp and Bob Rease:

The two project co-ordinators, Ulrike Becker and André Thériault, got busy with the task of linking together the organisational structures of E 88/TanzWerkstatt and Tanzfabrik. Tanzfabrik presented two pieces in the E 88 programme:

Whodidwhattowhomwasneverreallyclearandisn’tittheawfultruth by Dieter Heitkamp, and RUT2 by Jacalyn Carley. They were what you might call the ‘German contribution’ to the ‘European Dance Contest’. In an interview on 17 June 1988, Heitkamp reflected:

Outside of E 88, Tanzfabrik’s programme continued to operate as per usual – with training, choreography, classes, event organisation, and performances. The 1989 piece Kompaß durch den Sumpf (Compass through the Swamp) was the culmination of the collective’s concept – a joint choreographic work featuring all of Tanzfabrik’s dancers and musicians.

Having begun to receive Senate funding, Tanzfabrik was unbelievably productive in the first half of the 1990s. But dance was one thing, and everyday life was another. The so-called fall of the Berlin Wall turned two highly-subsidised halves of a city into one impoverished whole, the consequences of which became increasingly apparent in the cultural scene. Tanzfabrik’s funding was reduced and the rent at Möckernstraße went up. Devising a strategy to deal with this new situation sparked deep disagreements. In 1995, Claudia Feest took full solo control of the artistic direction, while Eva-Maria Hörster became production manager. The collective stopped managing their own money and no longer operated under a self-management model. Jacalyn Carley and Dieter Heitkamp, two key figures, left Tanzfabrik in quick succession. Naturally, the once-fruitful collaborative relationship between Tanzfabrik and TanzWerkstatt changed as well. 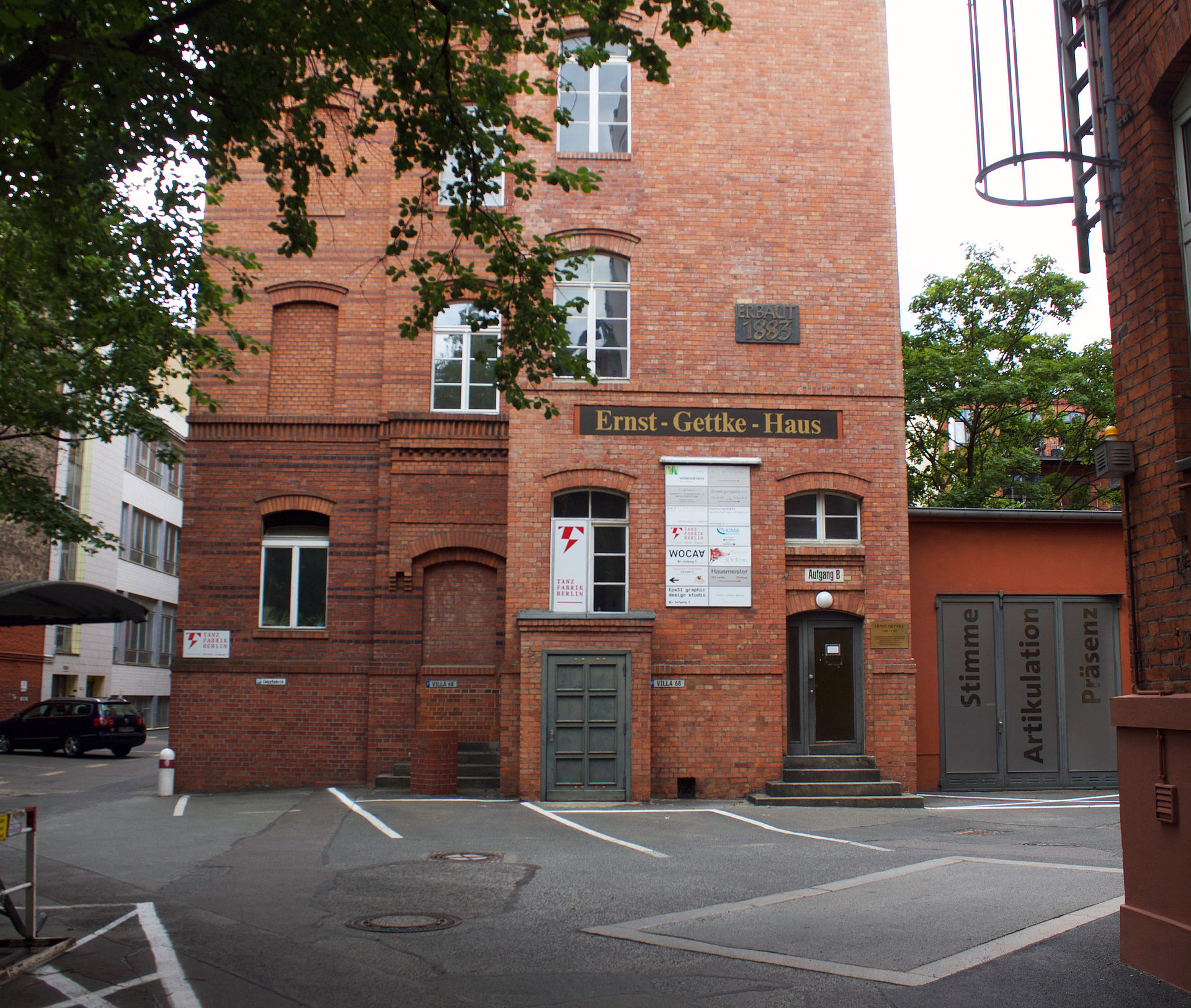 In the credits for Tanz im August from 1989 to 1993, Tanzfabrik is listed as a joint organiser, but from 1994 to 1998, only Claudia Feest and Dieter Heitkamp are mentioned, and from 1999, only Claudia Feest remained, credited as a ‘workshop assistant’. At the end of 2003, she left Tanzfabrik too, and the organisation shed its old skin once again. In all likelihood, it is this process of renewal that holds the secret to Tanzfabrik’s 40-year survival.