"When we started here, it was rare to see pedestrians on Stresemannstrasse”, Nele Hertling says, reminiscing on the early years. Sitting in the shadow of the Berlin Wall, the Hebbel-Theater was located in a fairly lifeless part of West Berlin. The long-abandoned Hebbel-Theater, previously only used as a part-time venue, was renovated and modernised in 1986/87 by the Berlin Senate for the 750th jubilee celebrations, and reopened in 1987. This was a stroke of luck for Berlin’s programme as the European Capital of Culture, which took place a year later and needed a theatre for its international productions and guest performances. In addition to theatre and musical theatre productions, a number of guest performances by the TanzWerkstatt were staged in the Hebbel-Theater in June 1988, laying the foundations for the theatre’s later focus.

Despite significant resistance, we were able to convince Senator for Culture Volker Hassemer. At the end of 1988, he handed over the management and artistic direction of the state-owned Hebbel-Theater Berlin GmbH to Nele Hertling, who happily moved into the “theatre near the wall”.

When the small team of the Hebbel-Theater launched their programme in January 1989, their theatre without an ensemble, without a standard repertoire, and without state administration caused confusion in Germany. What kind of a theatre was this supposed to be? A cut-rate version of the customary state and city theatres? In such conditions, Hertling instead saw an opportunity. Over the years, the Hebbel-Theater evolved into a venue for international co-productions of contemporary theatre, modern dance, and new musical theatre. A flexible network of partnerships with similar institutions and festivals provided ambitious and innovative artists with ideal working and presentational formats through a range of cooperative models.

Maria Magdalena Schwaegermann, who joined forces with Nele Hertling in 1987, (and was her deputy at Hebbel-Theater until 2003) witnessed the opportunities produced by such a model, such as collaborating with Robert Wilson on “Dr Faustus Lights the Lights":

Auditorium of the Hebbel-Theater | Credit: HAU Hebbel am Ufer

With the appointment of Matthias Lilienthal as artistic director and manager of Hebbel–Theater GmbH in September 2003, the Hebbel-Theater became HAU1, one of the three venues that make up the HAU Hebbel am Ufer theatre group. In his essay ‘The Enforcement of Context and the State of Inter-dependence: Dense Milieu and Live Feuilleton – a Promo Text’, Diedrich Diedrichsen analyses this “re-foundation”:

“With the forming of the HAU Hebbel am Ufer it was the first time an institution responded to this complex situation; not only in terms of content, but primarily at an institutional level. As a multi-part chain of three event spaces suitable for very different forms of performing arts in the broadest sense, the HAU articulates that everything happening in these spaces belongs together, without there having to be an obvious reason: it developed a form.” (www.hebbel-am-ufer.de)

This inter-dependence of discursive and artistic formats had ramifications for which Diedrichsen has a particular fondness:

“…of course, not everything that happens at the HAU is to do with everything and if I were to or could meet my cultural scene every evening I went there I would have left the city a long time ago. Far more often I’m there alone and wondering in the foyer of HAU2, lost in contemplation of the passing U1 train, why such and such a person hasn’t come to an event.”

This question also applies to audiences every August at Tanz im August. The festival, which until 2012 was a collaboration with TanzWerkstatt Berlin (based at Podewil), has been run entirely by HAU Hebbel am Ufer since Annemarie Vanackere took over the reins. Her energy and commitment has secured increased funding for the festival, and who would want to doubt that today? The festival has established itself as an integral feature of the Berlin cultural calendar, and just as it has since 1988, Hebbel-Theater plays a vital role as a festival venue. Every August, the dancers, choreographers and audiences come from right across the world to a theatre that was originally built neither for discussions nor for experiments in theatre or dance. Many people are often surprised when they first visit HAU1. They arrive to the sight of an imposing stone castle, before entering to take their seat in the mahogany-panelled Jugendstil auditorium, or, sometimes, to peer out into the auditorium from the stage itself. 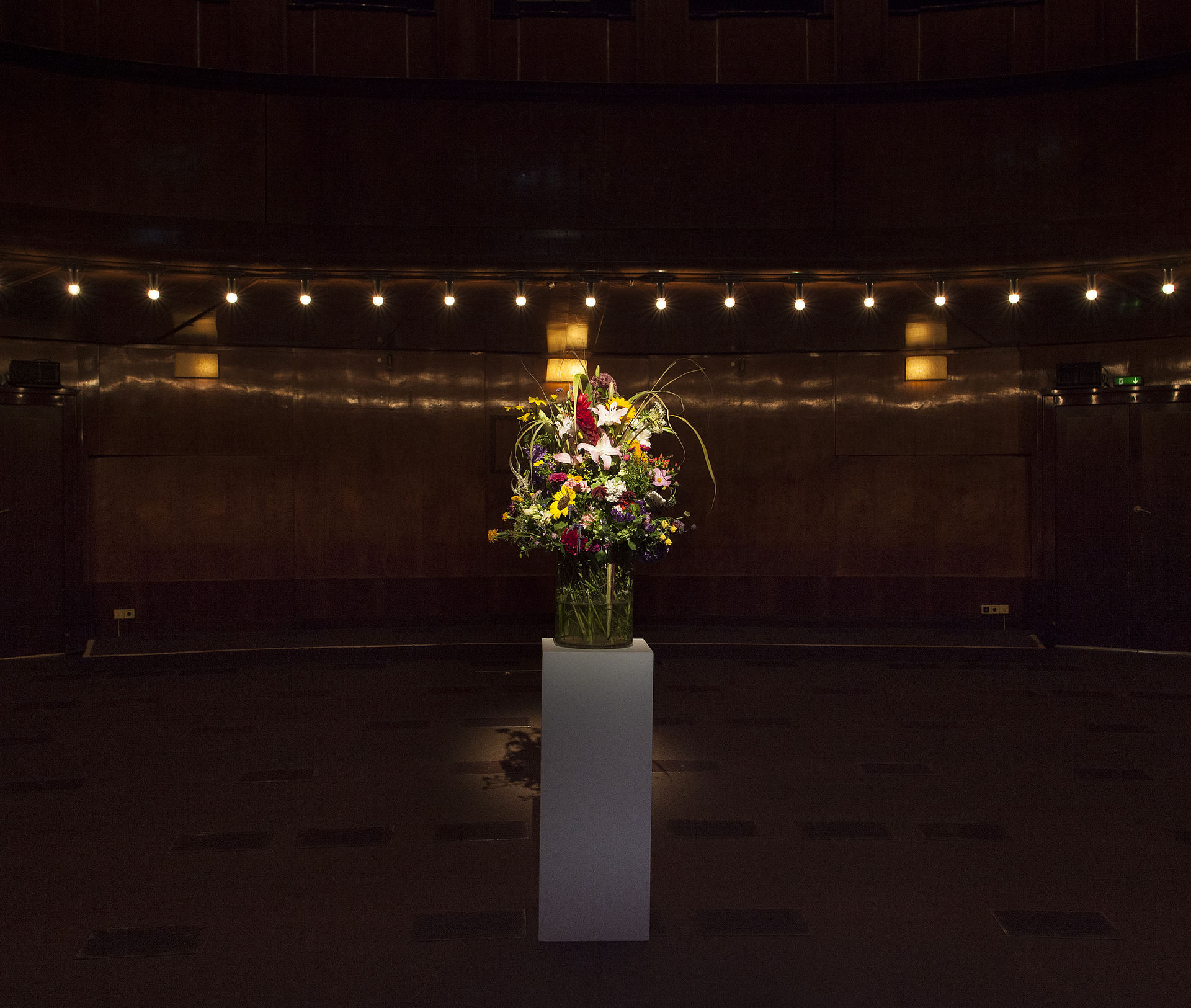