When TanzWerkstatt Berlin appeared as a newcomer on the Berlin scene in June 1988, Tanzfabrik on Möckernstrasse was already 10 years old, TanzTangente in the Steglitzer Kreisel, founded by Leanore Ickstadt, Joanne Pateas, and Irene Sieben had been going for at least seven years, and the PMTT performance series (Pantomime – Music – Dance – Theatre) at the Akademie der Künste had been presenting dance since 1976, in parallel with the Berliner Theaterfreffen. And let’s not forget the Berliner Festwochen, which brought large ensembles to Berlin. All in all, there’s no way it can be said that modern and contemporary dance was something completely new to the West Berlin public.

With its compact programme offering performances and technique classes, workshops, discussions, and other projects, TanzWerkstatt was something new. Young, unknown groups from Europe presented their latest aesthetic experiments – it was a ‘dance workshop’ in the truest sense. 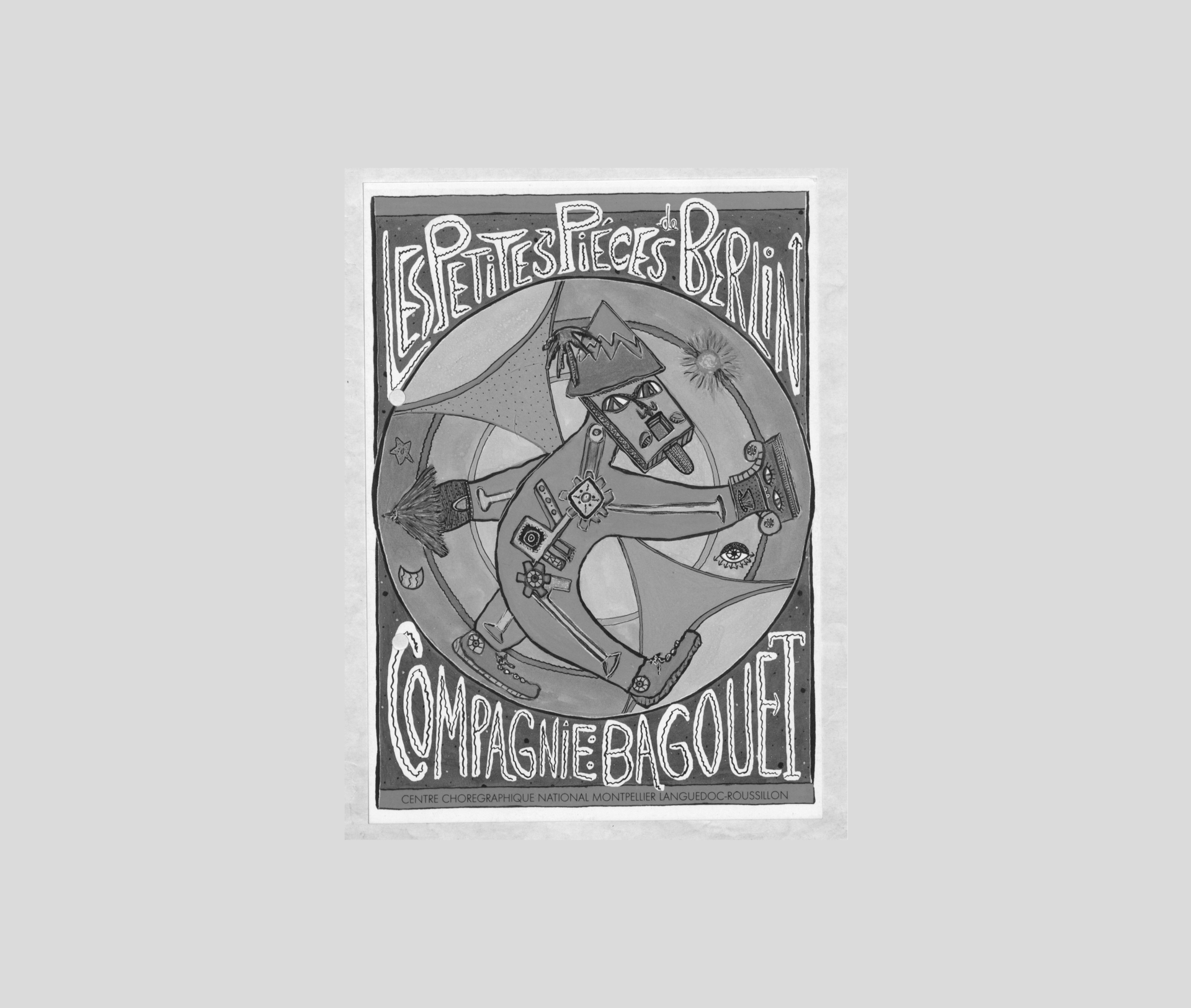 In the period between E 88 and ‘Tanz im August’ (the festival’s new label), which started in the middle of August 1989, it seemed as if the hard work done in June 1988 had opened a door.

On 16 March 1989, the first coalition between the SPD and the Greens took power in West Berlin: the so-called ‘Momper Senate’, whose nomination of eight female senators promised a new style of politics – also in terms of culture. Senator for Culture Anke Martiny wanted to better support the ‘independent scene’ and found a politically-active counterpart in Tanzinitiative Berlin, founded in 1988.

The list of collaborators for the first edition of Tanz im August in 1989 indicates just how lively the Berlin dance scene was: 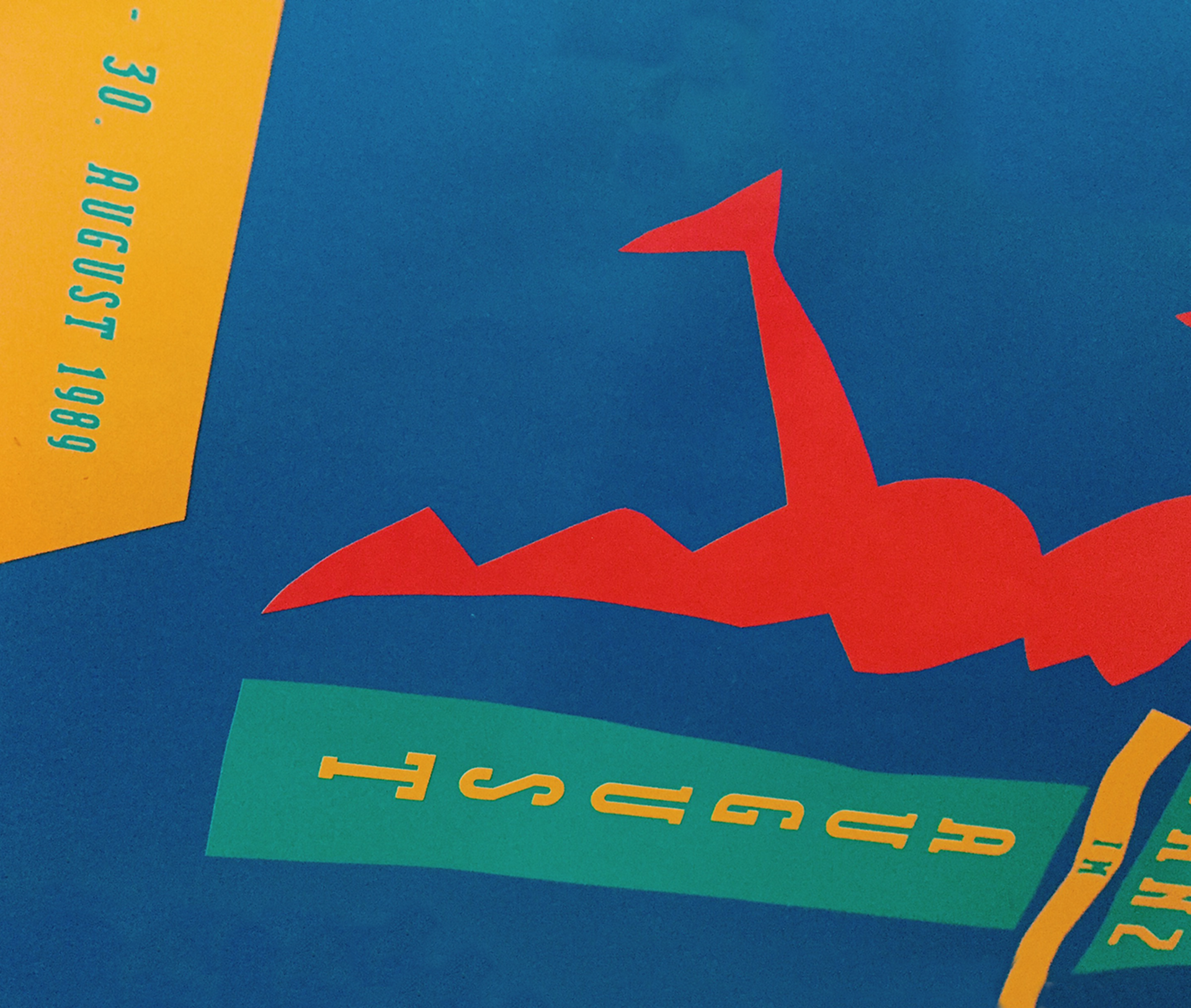 It is difficult to say whether the fact that the July/August 1990 edition of tanz international magazine (published by dance magazine pioneer Rolf Garake) was dedicated extensively to the Berlin dance scene indicates the particular prominence of Berliners in the landscape of German dance.

Herrmann-Josef Fosel, an expert on the Berlin scene, criticised the city’s cultural policies: “lacking money and suitable venues, most dance groups find themselves in an intermediary space (caught between the need to earn money and to dance) that does not allow them to work continuously.” (tanz international, July/August 1990, p. 23) The scene reacted sceptically to Senator for Culture Martiny’s invitation to submit proposals, preferring to place confidence in their own ideas:

In the July/August issue of his dance magazine tanz aktuell, Johannes Odenthal called for a “dance of the present”:

In a press release from 23 November 1990, merely two months after re-unification, Berlin’s Senator for Culture Martiny promised personnel and money:

Just one year later, however, Tanz Initiative Berlin e.V.’s newsletter revealed that the senate had never got round to implementing these plans:

The Berlin dance scene continued to fight and managed to gain increased space in the Theater am Halleschen Ufer (today HAU2), which at that time was being used by the independent theatre group Theatermanufaktur, founded in 1979:

Reunification also contributed to the worsening of the situation, because dancers and choreographers from the GDR and the two large ballet companies at the Staatsoper and the Komische Oper in East Berlin wanted and needed to be looked after financially. The ignorance and arrogance of a large number of their West German colleagues disappointed and embittered many. In the 40 years of a divided Germany, dance had – and this was not something to overlook – developed separate East and West German histories, something that was particularly noticeable in Berlin. Even Jo Fabian, whose work was celebrated with Whisky & Flags in the Hebbel-Theater in 1993, didn’t feel that he was taken seriously:

“After ’89, no-one was interested in what I had done in the GDR any more. This became obvious pretty quickly. People of my generation had to fight for recognition again, because it wasn’t simply given to them, because it wasn’t believed (…) that in a construct like the GDR something could be created that the West had monopolised.” (Exhibition catalogue Krokodil im Schwanensee: Tanz in Deutschland seit 1945 [Crocodile in Swan Lake. Dance in Germany since 1945], pp. 265-66).

Since then, the future of the festival has been secure, although at the price of the closure of TanzWerkstatt. On the occasion of the 25th anniversary of the festival in 2013, Bettina Masuch, who had taken over the direction of the festival for this edition, wished for “the sun of Montpellier, the co-production budget of Impulstanz in Vienna, and the Berlin Senate’s commitment to dance.” (“A look back – without Anger” by Eva-Elisabeth Fischer, Süddeutsche Zeitung, 20.08.2013)

In August 2014, utilising her wealth of international dance experience, Finn Virve Sutinen presented her first edition of the festival as artistic director.

Vanackere successfully fought for increased funding for the festival, managing to almost double the budget for 2018/2019. Thanks to the four-year pledge of funding, the festival finally has a bit of breathing room and can establish itself more effectively as an important player in the dance world. Up until now, however, the Berlin dance scene has so far been unable to achieve two key demands: a dedicated dance space and separate budget allocation for Tanz im August.

The current players in the cultural-political dispute with the Berlin Senate and parliament are Tanzbüro Berlin, Zeitgenössischer Tanz Berlin e.V., and TanzRaumBerlin Netwerk, as well as LAFT Berlin. According to tanzraumberlin (a magazine that is a must for all dance enthusiasts), the Berlin dance scene is alive and kicking, but it also notes that:

“In the last 15 years, contemporary dance in Berlin has developed a lively scene that is very popular with the public, has an innovative dynamic, and international impact. Involving 300 choreographers, 3000 dancers, and around 1400 events per year, the scene’s artistic output is of extreme value. As ever, though, dance remains far back in the queue behind other artistic disciplines when it comes to funding.”

The recently-constituted Runder Tisch Tanz has until the end of the year to prepare recommendations for the future funding of the Berlin dance scene. Incidentally, no-one is really sure how many meetings have been held of this round table which is supposed to (once again) nudge Berlin politicians in the right direction. Any volunteers? 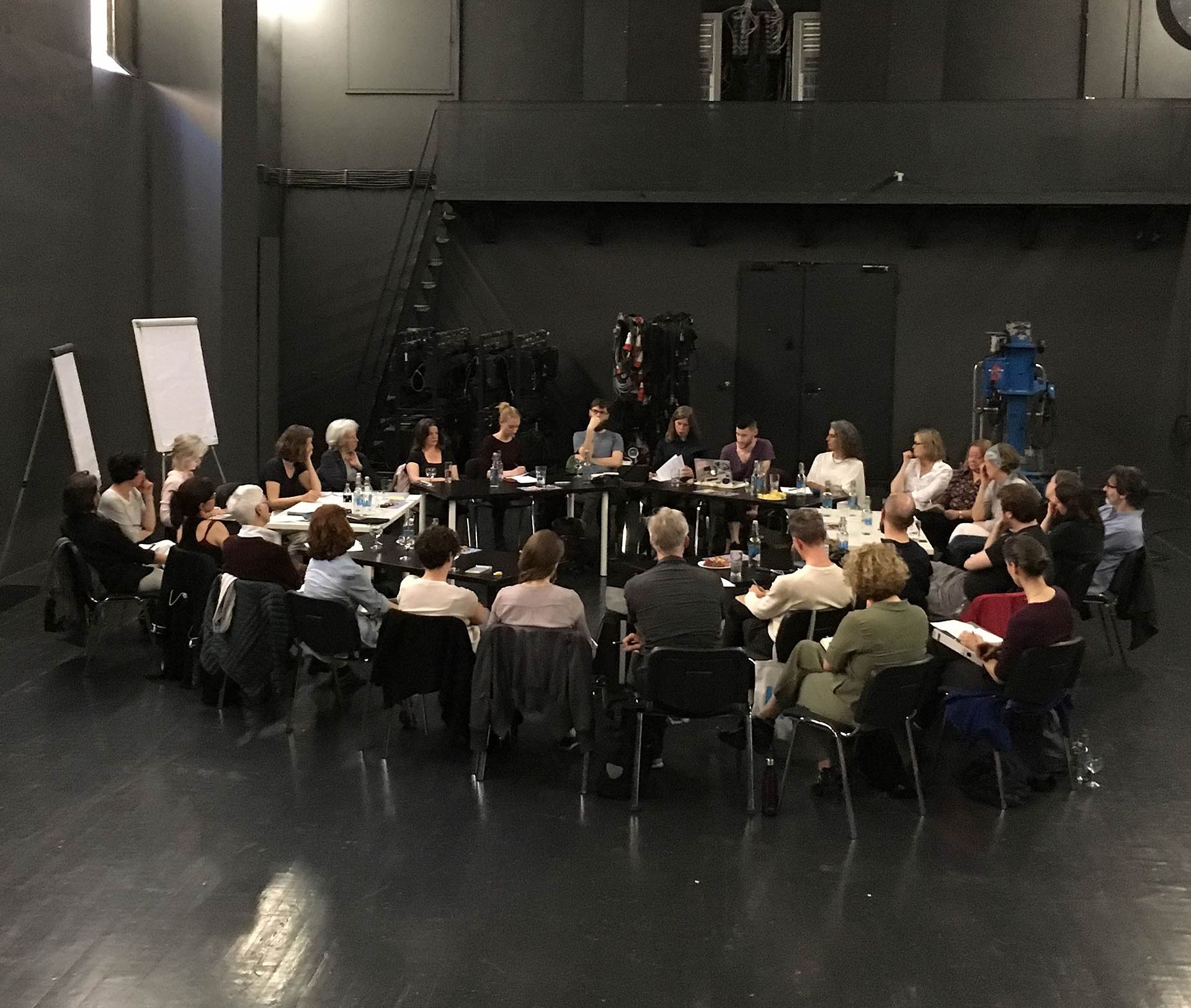