Of course, Tanz im August didn’t just appear out of nowhere. Its history is a part of the history of Berlin, and begins in the post-war period – in 1951, to be precise, when the international art world was first invited to a divided Berlin for the Berliner Festwochen and the International Film Festival.

While in East Berlin the so-called ‘formalism vs realism debate’ had made its way into the uppermost levels of the political hierarchy, with the central committee of the SED in March 1951 declaring war on formalism in the visual arts, music, set design and ballet, and denouncing “so-called” Ausdruckstanz (Expressionist dance) as incomprehensible and unintelligible, in West Berlin there was an attempt to show what had been happening elsewhere, to show how art had developed during the time that Germans had only believed in the importance and validity of Germanness in art. On 5 September 1951, Berlin mayor Ernst Reuter wrote on the occasion of the opening of the Festwochen (and the inauguration of the Schiller-Theater):

“It seems a risky venture, here in Berlin, this besieged and divided city still suffering the after-effects of the war and the post-war period, to put on something like the Berliner Festwochen. Is it fitting, one might ask, to put on festivals when the strains and stresses of our time are weighing so heavily upon communities and individuals alike? The answer is yes – festivals are also necessary, and are an integral part of Berlin life…that is the reason for the Berliner Festwochen; to show the East and the West that hardship and suffering, debris and distress do not cause the eternal wellspring of the creative spirit to run dry, that theatre, music, and visual arts make Berliners’ lives beautiful and worth living, and will continue to do so…”

The Festwochen had a political objective – they were to “confidently inform audiences about the artistic achievements of the free Western world and… display the strength of pluralistic-democratic culture…”, as Ulrich Eckhardt (director of the Berliner Festwochen/Festspiele from 1973-2000) wrote in his recount of the events.

According to Eckhardt, the Festspiele were the “ardent listening posts” on the border between western and eastern worldviews. At the time, Berlin was a city still divided into four sectors, and it was still possible to attend performances, concerts, film screenings and exhibitions in all of them – the viewing public was a truly Berliner public:

Berliners showed a strong appetite for the artistic feast on offer, with 153,000 attendees flocking to the 250 events. German Expressionist dancer Dore Hoyer was also one of those invited to Berlin in 1951, performing her Contrast programme at TRIBÜNE, located at Knie (now known as Ernst-Reuter Platz).

The day after her performance at TRIBÜNE, Hoyer (1911–1967) received the German Critics’ Prize, with the announcement remarking that...

“Dore Hoyer is the stand-out figure among all German dancers of the post-war period… what Hoyer conveys in her art is modernity, and this term is meant here without lofty emotion or snobbery (…) The message in all of her dances is: forms of life have limits, but energy does not.”
Hedwig Müller in Dore Hoyer Tänzerin (Dore Hoyer – Dancer), published by Tanzarchiv Köln, p. 45 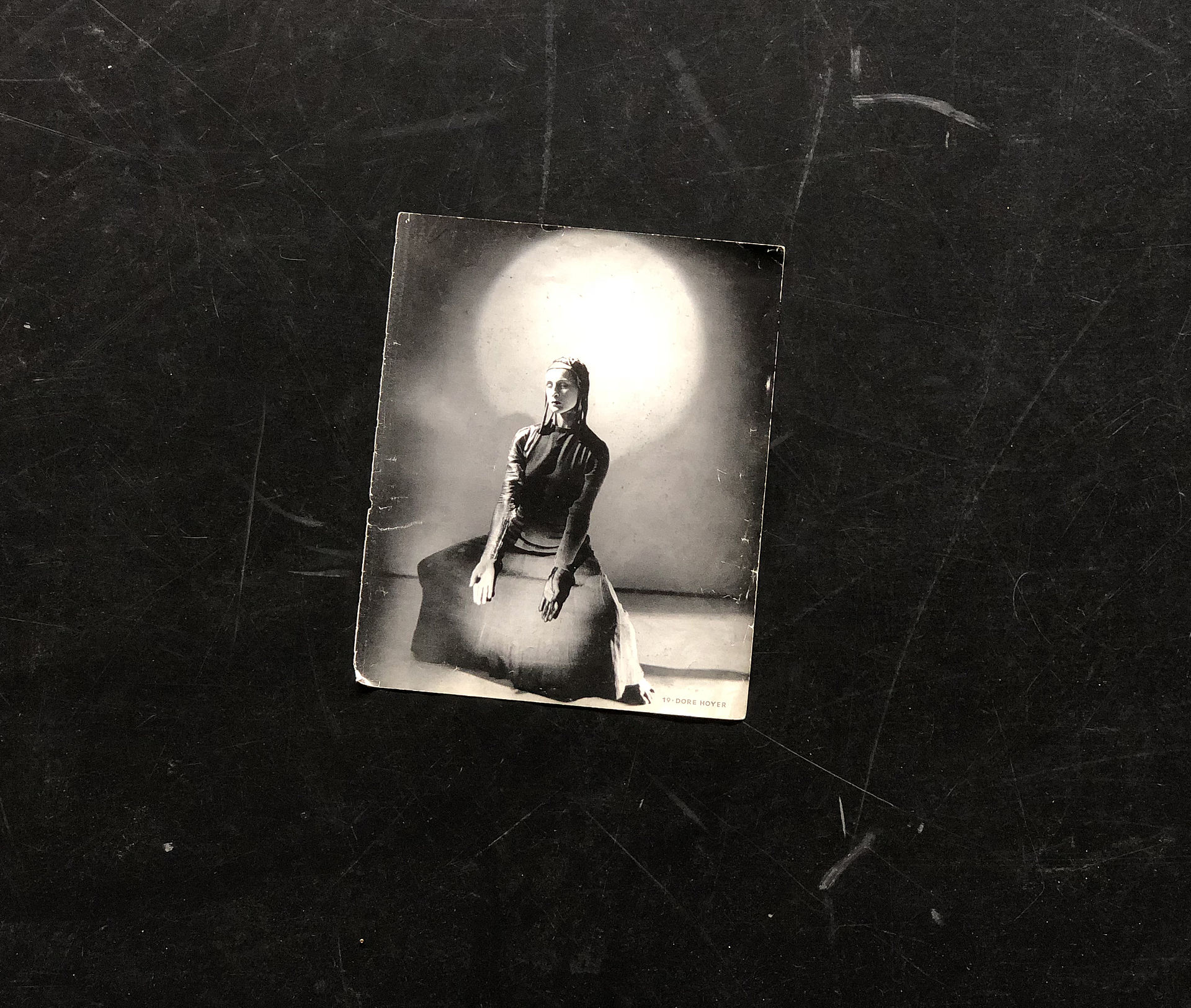 In 1951, a Frenchman unknown in Berlin/Germany was also invited to the city: ‘Monsieur Bip’, the 28-year-old pantomime Marcel Marceau, visited Berlin for the first time, coming to the country he had fought against as a member of the French Resistance and the son of a Jewish family from Strasbourg.

He stayed for two months and delighted the Berlin public, who were enthralled by his ‘eloquent’ pantomime: “Marceau creates a new kind of art that simply has to be witnessed,” wrote Berlin critic Friedrich Luft, while his colleague Herbert Ihering raved that “Marcel Marceau is one of the greatest living stage artists, an ambassador for international understanding and peace. Nijinsky and Chaplin would both salute him…” 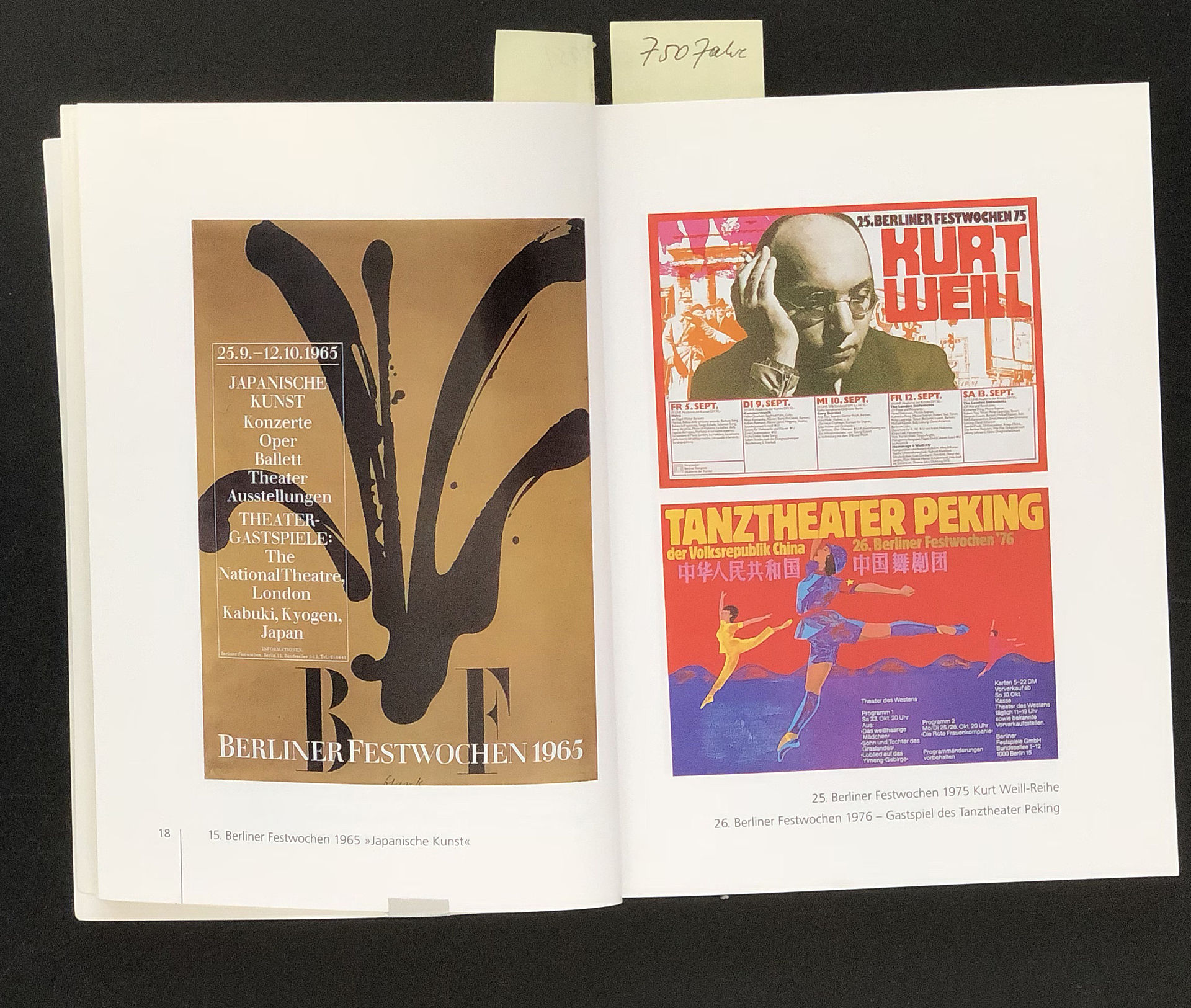 His performance might just also have impressed a young woman who was – perhaps – sitting in the audience. She was passionately interested in theatre and music, and in 1962 began to work as a research associate at the Akademie der Künste (West): none other than Nele Hertling. In a roundabout way, Marceau’s performance laid the foundation for the performance series “PANTOMIME MUSIC DANCE THEATRE”, or PMTT for short, which was put on by the Akademie der Künste from 1975 on.

Alongside other large cultural institutions built close to the Berlin Wall such as the Philharmonie, the Neue Nationalgalerie and the Staatsbibliothek, from its founding in 1951 until the events of 1989, the Berliner Festwochen/Festspiele paid testament to West Berlin’s will to live and survive. Supporting and presenting art and culture demonstrated the freedom of the West better than any other piece of propaganda or political appeal directed at the other side of the wall.