"Activism is a muscle that can be trained"

The cult performance “Paradise Now”, by the American theatre group the Living Theatre, toured through Europe in 1968 like a revolutionary fire. Half a century later, the choreographer Michiel Vandevelde looks for the remains of idealism with thirteen young people.

You can see it as a statement: performers who take their audience outside in order to ignite the revolution on the street. Few performances have shaped our image of May 1968 more than “Paradise Now”, by the Living Theatre. Twenty-three naked performers, constant group embraces and provocative slogans against war and capitalism: the performance by the duo Julian Beck and Judith Malina was intended as a four-hour trip to anarchy.

No wonder it created an immediate scandal. Directly after the premiere in Avignon in July 1968, further performances were forbidden. Later the authorities in Rome, Milan and Turin tried to get rid of Beck and Malina’s theatre group. In bourgeois Brussels the theatre building even had to be guarded by the police.

Now, fifty years later, the choreographer Michiel Vandevelde and the production centre fABULEUS, in Leuven, Belgium, confront a new generation with this explosive piece. The youth theatre and dance centre has gained much recognition in Flanders: in 2017 it won the Flemish Culture Prize in the category of performing arts. fABULEUS successfully combines youth work with artistic ambition. For “Paradise Now (1968–2018)” thirteen young people were chosen to realise a modern adaptation of “Paradise Now”. Vandevelde wanted to go back with them to the source of the revolution of 1968: the unfiltered energy of youth. 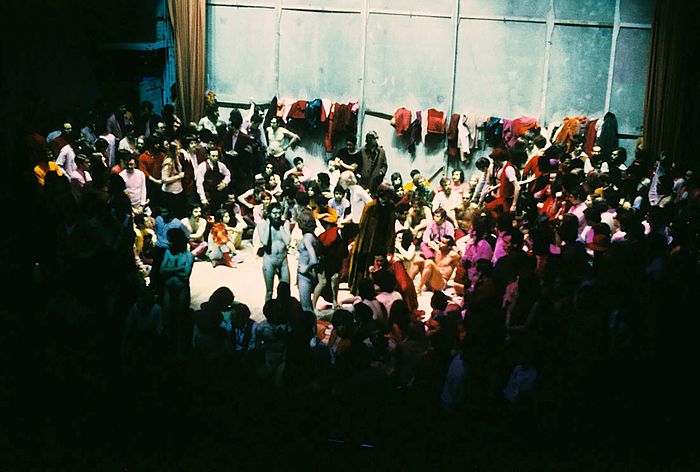 "Paradise Now" from the theatre group The Living Theatre 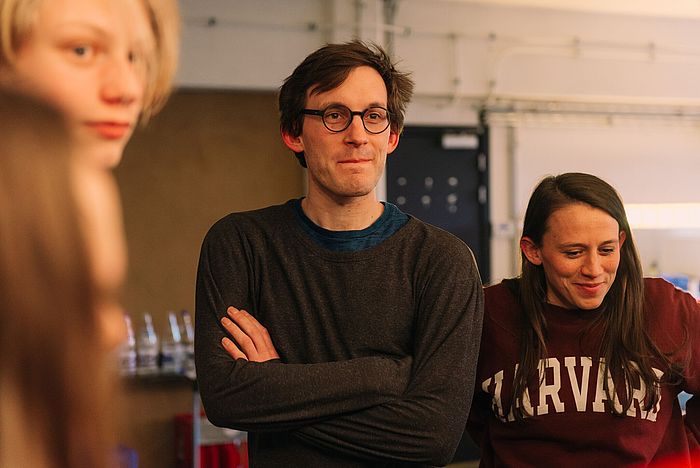 Michiel Vandevelde works as a choreographer, curator, author and editor. “Paradise Now (1968–2018)” is his second cooperation with the company fABULEUS. 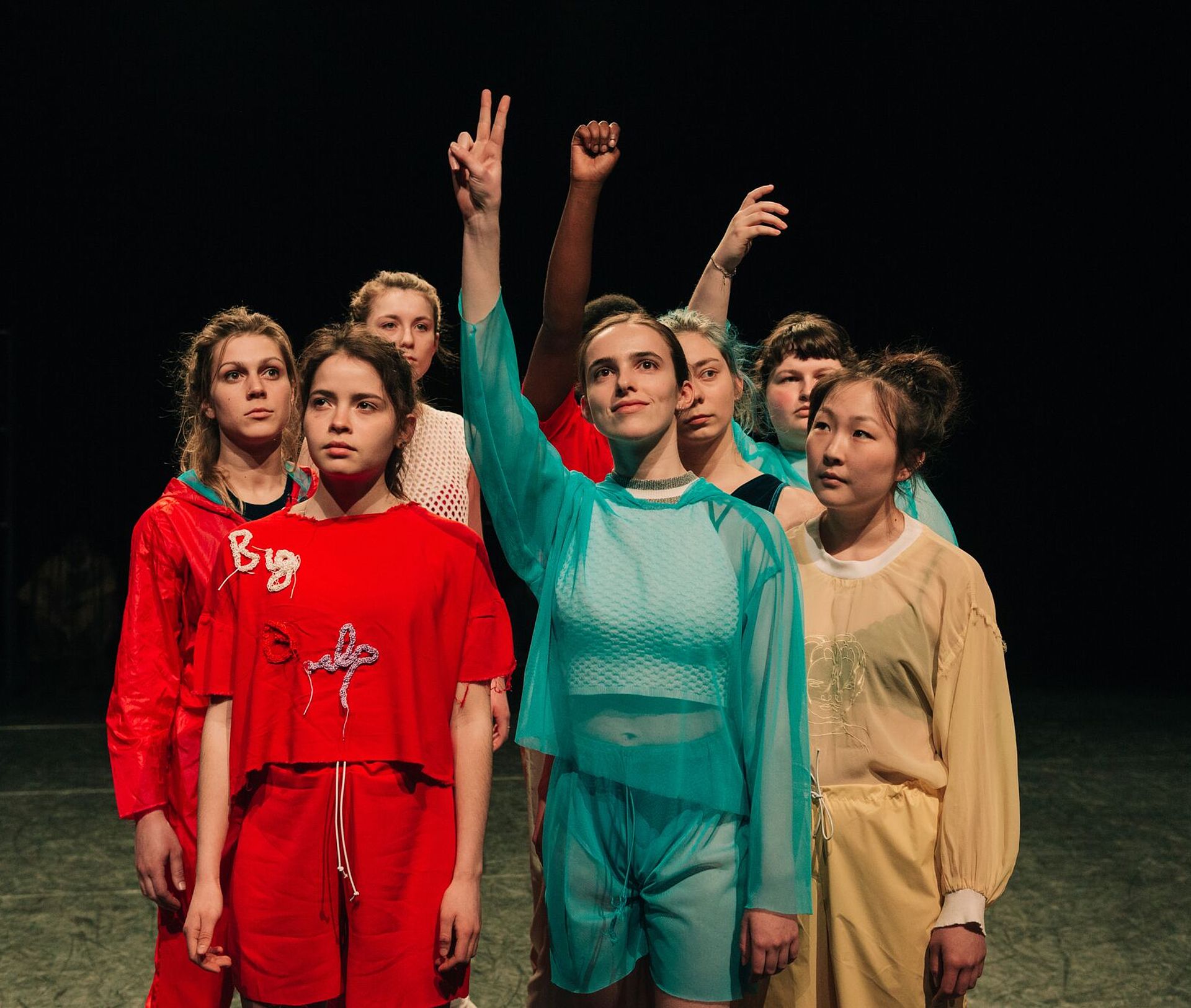 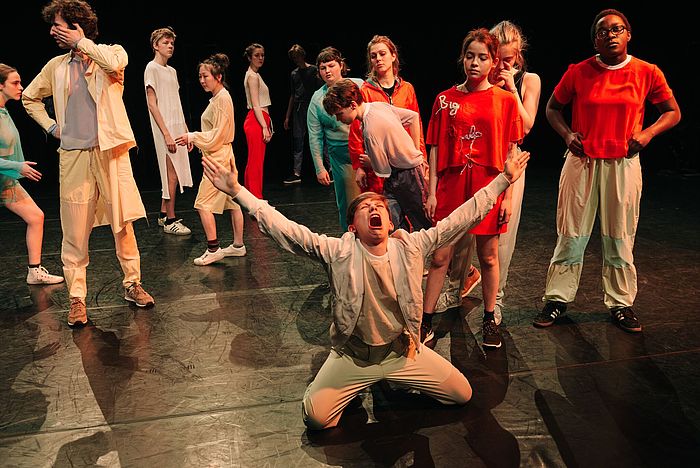 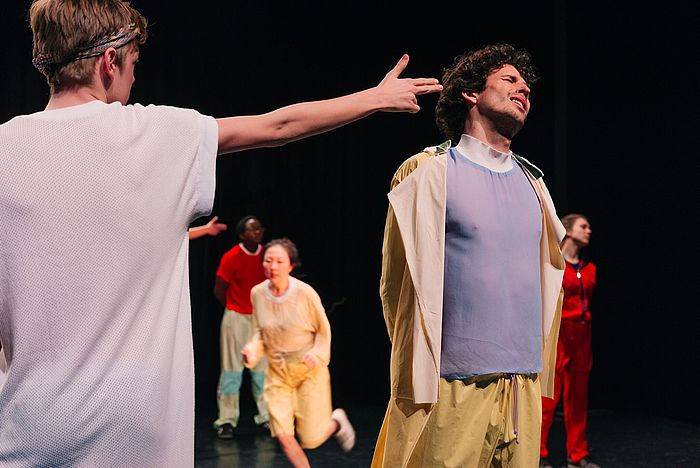 But how do today’s young people see yesterday’s?

In a world that looks on while social injustice increases, leaves war refugees to their fate and elects presidents who deride democracy, the demands of the ’68 generation seem to be regaining urgency. But the political commitment of Flemish youth isn’t so obvious. Vandevelde is himself an activist, and initially looked for his performers’ idealism. “I have to admit that my first impression was disappointing. It occurred to me that young people don’t feel the necessity of going immediately to the barricades. At first I was really quite sad about this. Where is commitment these days?”

“I’m not at all as radical as the makers of ‘Paradise Now’”, says Anton, the youngest in the group. “I’m fourteen. At my age I won’t incite a revolution or take to the streets for democracy. But I do believe in the small things I do and the personal decisions I take. I don’t use social media, for example. At my age they’re taken for granted, but the piece has confirmed me in my decision.” 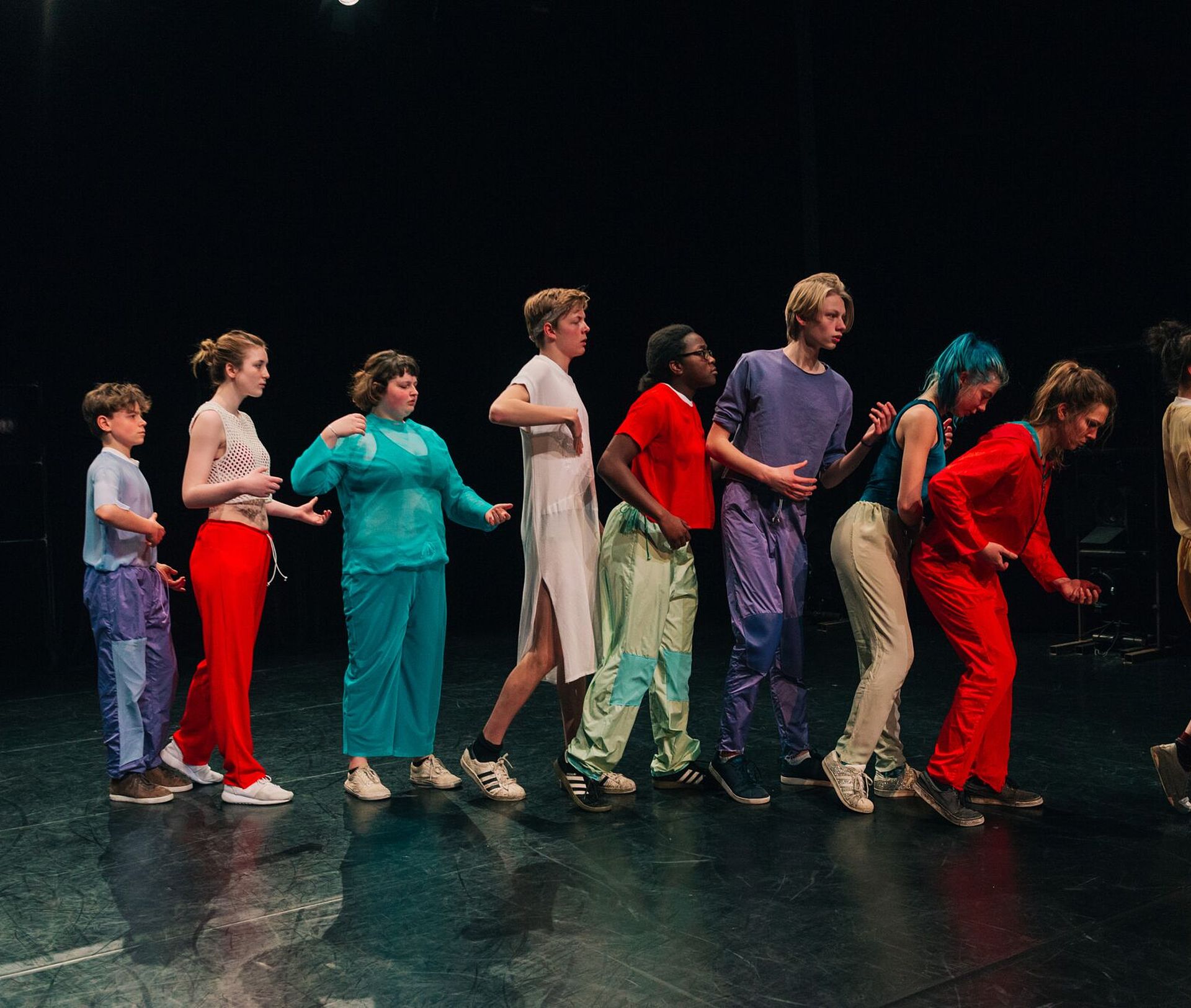 The young generation is in no way passive. On the contrary, in recent years its protest events have taken a clear stand against gender inequality, racism and political populism, as with the Women’s March, for example. But its resistance is characterised more by sobriety than exaggeration. “The culture of the hippies may have become popular, but their ideals weren’t put into practice by governments”, says Anton. “We doubt whether this will change in the coming fifty years.”

Perhaps this is why young people aren’t so idealistic in this hyperaware society; but they question their personal decisions all the more. As a reaction to harrowing film footage of slaughterhouses or out of concern for the climate they frequently decide to become vegetarians or vegans. Flemish campaigns like “Dagen zonder Vlees” (“Meat-free Days”) and “Mei Plasticvrij” (“Plastic-free May”) are attempts to prompt less consistent people to change their way of life at least for a while. So it therefore comes as no surprise that Groen (the Green Party), the only political party in Flanders with ecology at the top of its agenda, is particularly popular with the youth.

This generation has also partially shifted its protest campaigns to the digital world. And so one of the performers, 19-year-old Bavo Buys, debated on Facebook with users who wanted to organise a ‘white march’ against refugees. Their page was later deleted. This doesn’t seem like much, but in a society in which the basis for solidarity is changing, such action is absolutely necessary. 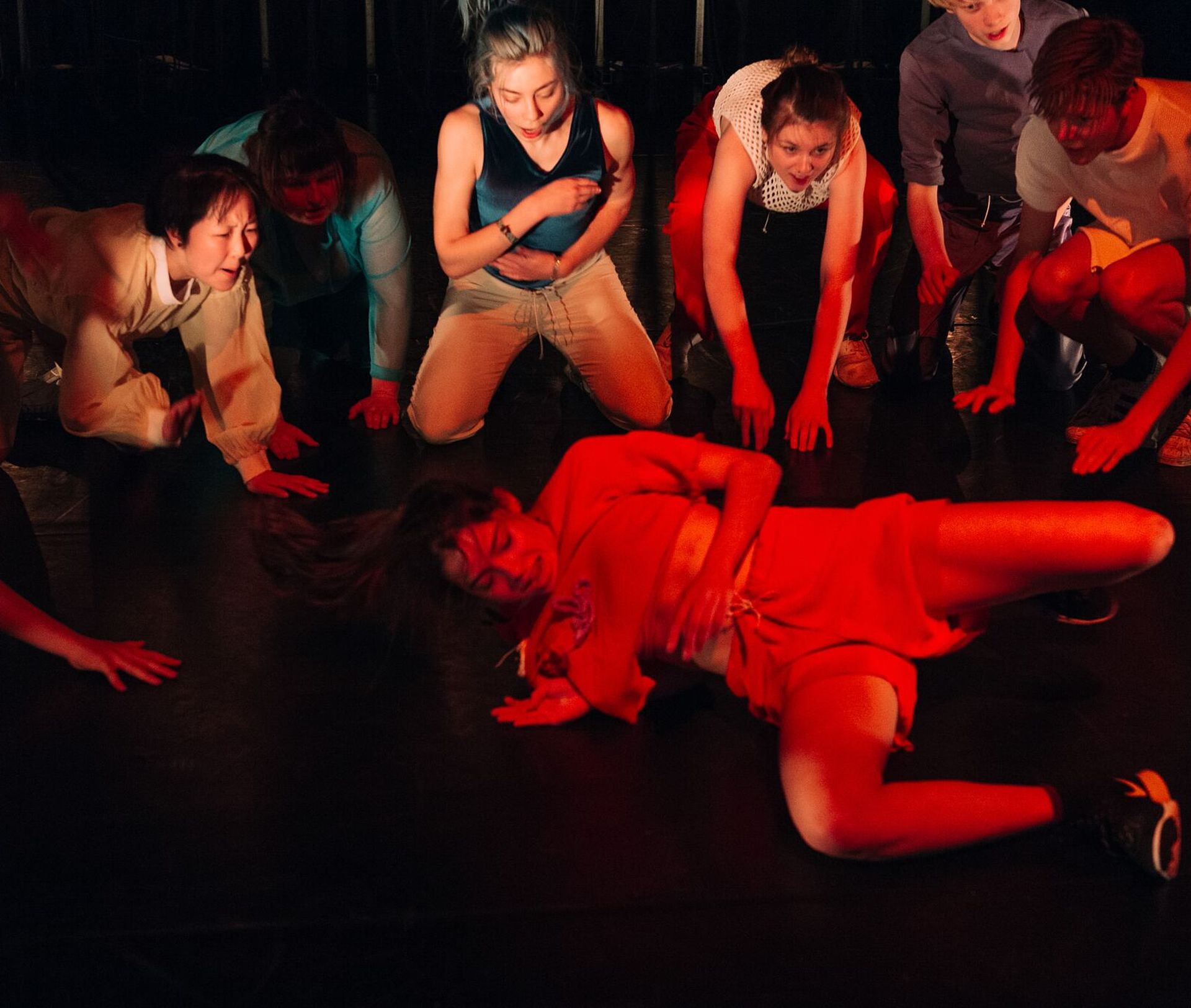 “In retrospect it’s interesting that I projected ideas about activism onto the young bodies of my performers”, says Vandevelde. “As adults we do this often. But at the same time we give young people little hope for a better future. Take climate change, for example: we shift our responsibility onto them, but we don’t offer them any ways and means to fundamentally change anything when their generation comes to power.”

This projection onto youth should be understood fairly literally in “Paradise Now (1968–2018)”. In the first part of the piece the performers embody fifty moments from half a century of history. They do this silently, in a sequence of frozen tableaux. The result is a historical mixtape including the election of Donald Trump and the famous Oscar selfie with Ellen DeGeneres and co. But the images rapidly become bleaker: the nuclear catastrophe in Chernobyl and the Rwandan genocide pass by, indifferently montaged between pop-cultural references to Britney Spears and the Hollywood film “Titanic”. The powerful images that have engraved themselves into our collective memory stand in sharp contrast to the fragile bodies reviving them.

“In the performance we begin with the Women’s March on Washington in 2017, then go back to 1968, and then forward to 2018”, Vandevelde explains. As if he first wants to show that the hopes of the 1960s didn’t lead to a better future, so as to take up the demands of the Living Theatre once again. This happens in the second part of the piece, in which the young people recreate scenes from “Paradise Now”.

At first the confrontation with the sensational material felt very strange to the performers. They were shown a video recording of the original performance on the very first day. “We were afraid we’d have to do the same things: crawl over and massage one another.” And this was in fact the case. “A little unpleasant, if you don’t know the other people.” 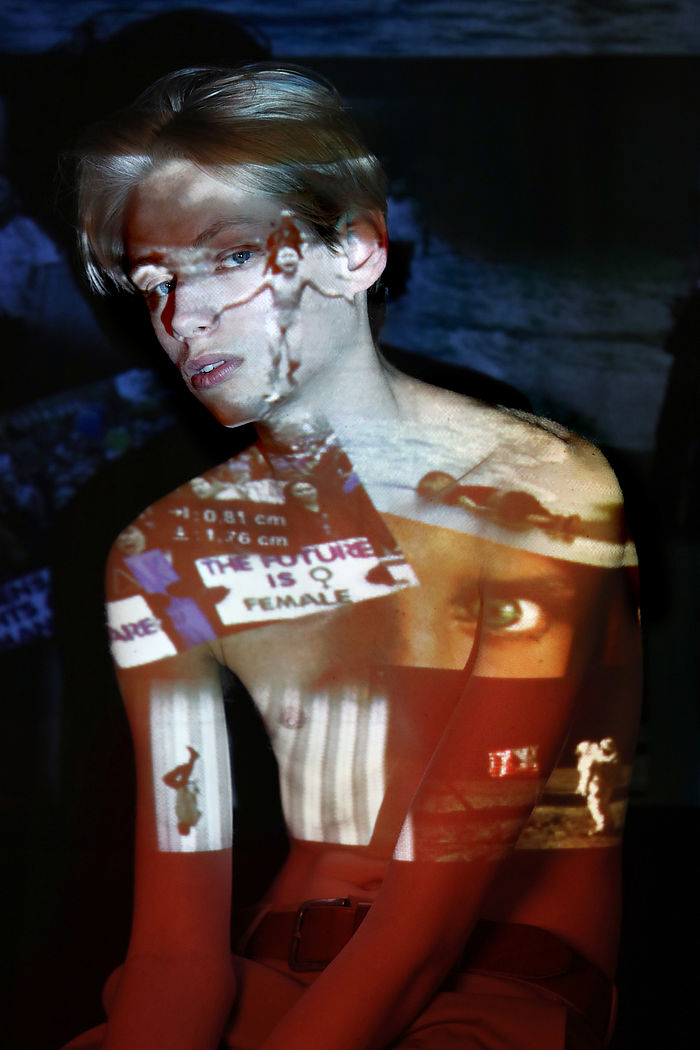 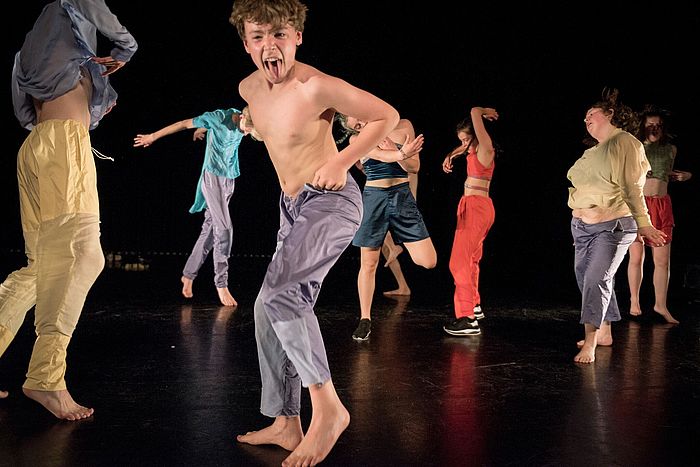 The performers adopted both the movements and the texts of the original. “Stop the war!” can be heard, or “Radical thought, for me, is just that: the courage of hopelessness”. Did they identify with these texts? “They have nothing to do with us, because we have a different world view. What we communicate about idealism, for example, isn’t one hundred percent our personal opinion; it’s determined by the texts. The contrast between us young people and the texts, with their difficult words, is very important.”

But this doesn’t mean just taking on the statements. “Articulating them in an ordinary conversation would be odd. Why would you think: change the world?” But now, since the performers repeat these statements so consistently, they lose their naivety and their necessity becomes clear. “We too want to create a piece that leaves people with a sense of urgency.” But for these performers this doesn’t come directly from their revolutionary ideas, but from the cohesion of the group. Collectivity can also be a trigger. Or as dramaturge Kristof Van Baarle encapsulates it: “Activism is also a muscle you can train.” 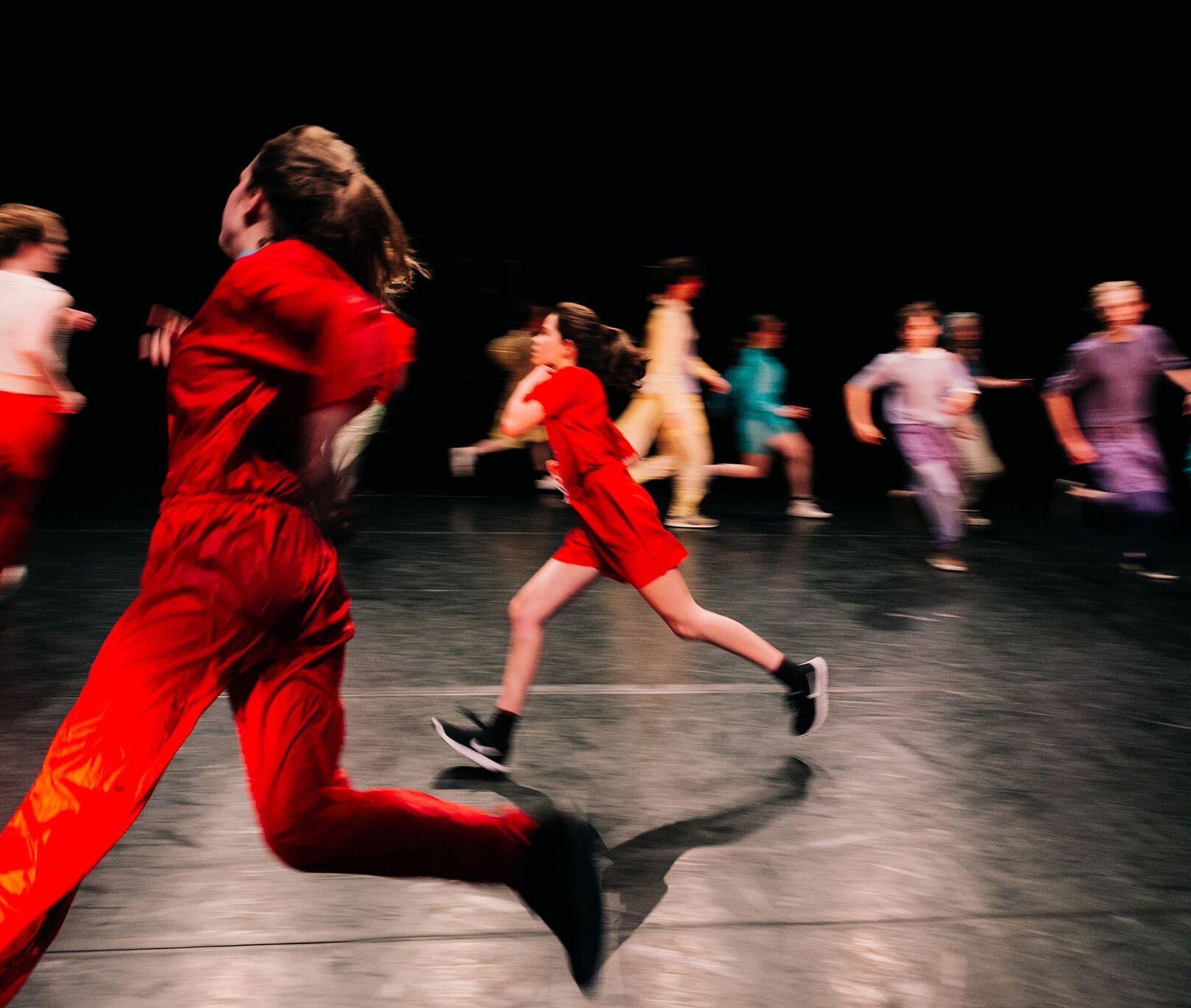 Perhaps it was the intimate exercises that the young people had to carry out that were decisive for the development of this muscle. In the beginning they had expected more mutual competition. “We were afraid we might focus on who would get which role in the piece. Or that we would have to prove who belonged to the popular clique, like at school. But through the rehearsals we became a group in which a lot is possible. Sarah got the most text, and Jarko is on the poster. But everyone’s fine with this. Everyone can bring in his or her individual talent precisely because we’re all different. That should be our social dream”, says Lore, laughing: “Learning from one another!”

Because of the sense of togetherness, the provocative slogans don’t need to come across aggressively, say the performers. “The end of the show allays this impression in any case. We ask the audience to join us and participate. When someone comes on stage, we move a little closer together. And so we all come together and talk about a ‘we’, about a community to which everyone belongs. There’s a safe atmosphere; in the end the mindfulness of fellow people prevails. 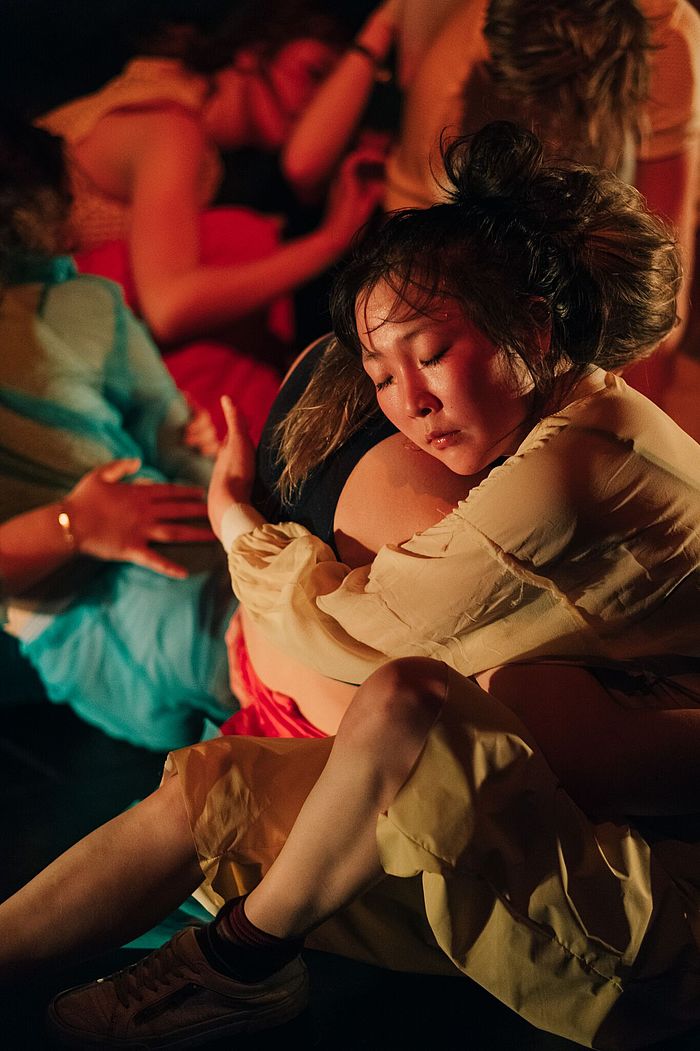 The piece believes more in the value of simple human contact than in the relentlessly demanding revolution of yelling. “Of course we want to activate the audience. And we too think that change and resistance are necessary, but we want to achieve it together. As with the Occupy movement we extend the microphone to the audience and let them have their say. Of course there’s only a slight chance that people will use this opportunity, but the invitation is there anyway.”

For its performers, “Paradise Now (1968–2018)” has already changed something. “I’ve been a bit more environmentally conscious since the first performance”, someone says. “I’ve become more active myself since taking part in this project”, is another reaction. “I think that people who see our piece will take this drive with them.”

Starting with the performers’ parents. “It certainly was funny saying what we were doing in a farming village”, says Jarko Bosmans. “For my parents, theatre is the same as Shakespeare and dance is ballet. When I told them about ‘Paradise Now (1968–2018)’, they thought I was taking part in a satanic ritual. But now I’ve got them to come and see the piece. Hopefully it’ll be an eye-opener.”

In August the young performers are coming to Berlin to get the revolution going. “But we’re flying”, they announce. “It’s a bit ironic that we stand on stage shouting ‘Stop wasting the planet!’ We should actually go by bike! Or on foot!” 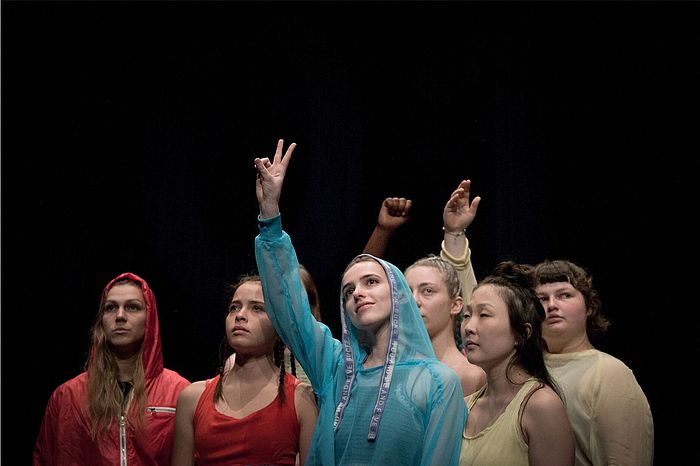 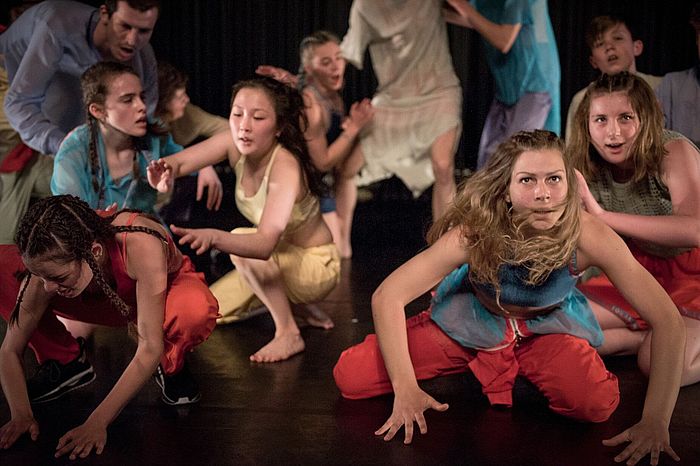