If the research for “FÜR IMMER TANZ – 30 Jahre Tanz im August" didn’t throw up these kinds of unexpected surprises, the task of searching and collecting could get boring. Klaus Rabien was one such surprise. To begin with, I was told about a photographer who was actually a baker – a master of the 'Baumkuchen', in fact.

Using his name, I found the Konditorei Rabien in Steglitz, but still couldn’t uncover the photographer. I visited the pâtisserie to have some cake and learnt from the service staff that yes, the big boss was a photographer, but wasn’t in at the moment. “Leave your telephone number and he’ll get back to you,” they said. And that’s exactly what Klaus Rabien did. We met in the shop, a family-run business that has been handed down through generations; a real pâtisserie in which neither calorie tables nor vegan ingredient hit-lists are present to spoil your appetite for CAKE. Only the indication of whether a cake is “alcohol-free” or not assists customers with their decision. A range of almost-forgotten delicacies huddle together in the display cases, while parcels of ‘Baumkuchen' and pralines also compete for the customer’s attention – a paradise for anyone who doesn’t view sugar as their primary nutritional enemy. Klaus Rabien is a genuine Berliner – bright, quick-witted, and with a pinch of humour sprinkled in too.

He briefly summarises his life for us as follows:

Klaus Rabien, born in Potsdam in 1933, raised in a pâtisserie rich in tradition. Got his O-Levels at the Humanistische Victoriagymnasium and then began an apprenticeship as a pâtissier. The family business moved to West Berlin in 1952, and Rabien took it over in 1970.

In an interview from 10 years ago, Rabien freely admitted that neither he nor his father or grandfather learned their trade with any particular enthusiasm. Luckily, that wasn’t the case with his son, who took over the business years ago.

Alongside his main profession, he has been taking photographs since he was a child, always developing them himself.

The young Rabien, who received a Contax camera from his father as a gift, never trained formally as a photographer, but is entirely self-taught. His principle: learning by doing. His professional status: a brilliant dilettante with unbelievable perseverance and a passion for discovery.

He came to dance photography through his wife Adela, who opened Germany’s first flamenco studio in 1973.

Many photographers take pictures of dance when they are starting out because it presents them with special challenges. And why did Rabien turn to dance? Apart from the fact that he went travelling through Spain with his wife photographing flamenco?

In the 1980s, some friends launched the magazine tanz aktuell. They needed pictures. Through the magazine, Rabien gained access to the major performance venues, got to know many dance companies, and got into the city’s alternative scene.

The friends in question were Johannes and Angelika Odenthal and, who had set their minds on publishing their own dance magazine, founding tanz aktuell in 1986. But from flamenco to contemporary dance? Wasn’t that a huge culture shock?

This led to a long and rewarding partnership with Dance Berlin, the Rubatos, Klaus Abromeit, Salpuri, Gerhard Bohner, Oasis, Ten Pen Chii, and Blanca Li, to name just a few. In addition, there was work for Nele Hertling’s Hebbel-Theater, and through this, for Tanz im August.

Photographing a festival often means having to take pictures during the performance. This means not disturbing the audience, working as quietly and invisibly as possible, and putting up with the lighting conditions, all the while still managing to come away with passable photos. Rabien explains why he preferred to shoot in black and white:

The right moment… the secret of the photographer. Difficult to describe. Rabien shot with a Nikon, which for him was primarily a practical decision rather than a ‘question of faith’. The process of digitisation changed the business:

Klaus Rabien will turn 85 this year and occasionally still attends dance performances. When he thinks back, meeting Gerhard Bohner is one of his most cherished memories – a “highlight of my life”, he says. They got on well immediately, and Bohner trusted him – and trust is as important to photography as light.

“I always perceived my work to be an uplifting task, because it conferred the fleeting moments of dance a little bit of eternity.”

A picture of the photographer? No, there isn’t one. Rabien has always preferred to stay behind the camera. All we get is a smartphone snapshot.

One last question: what is Rabien’s favourite cake? The Sweden Charlotte Torte. 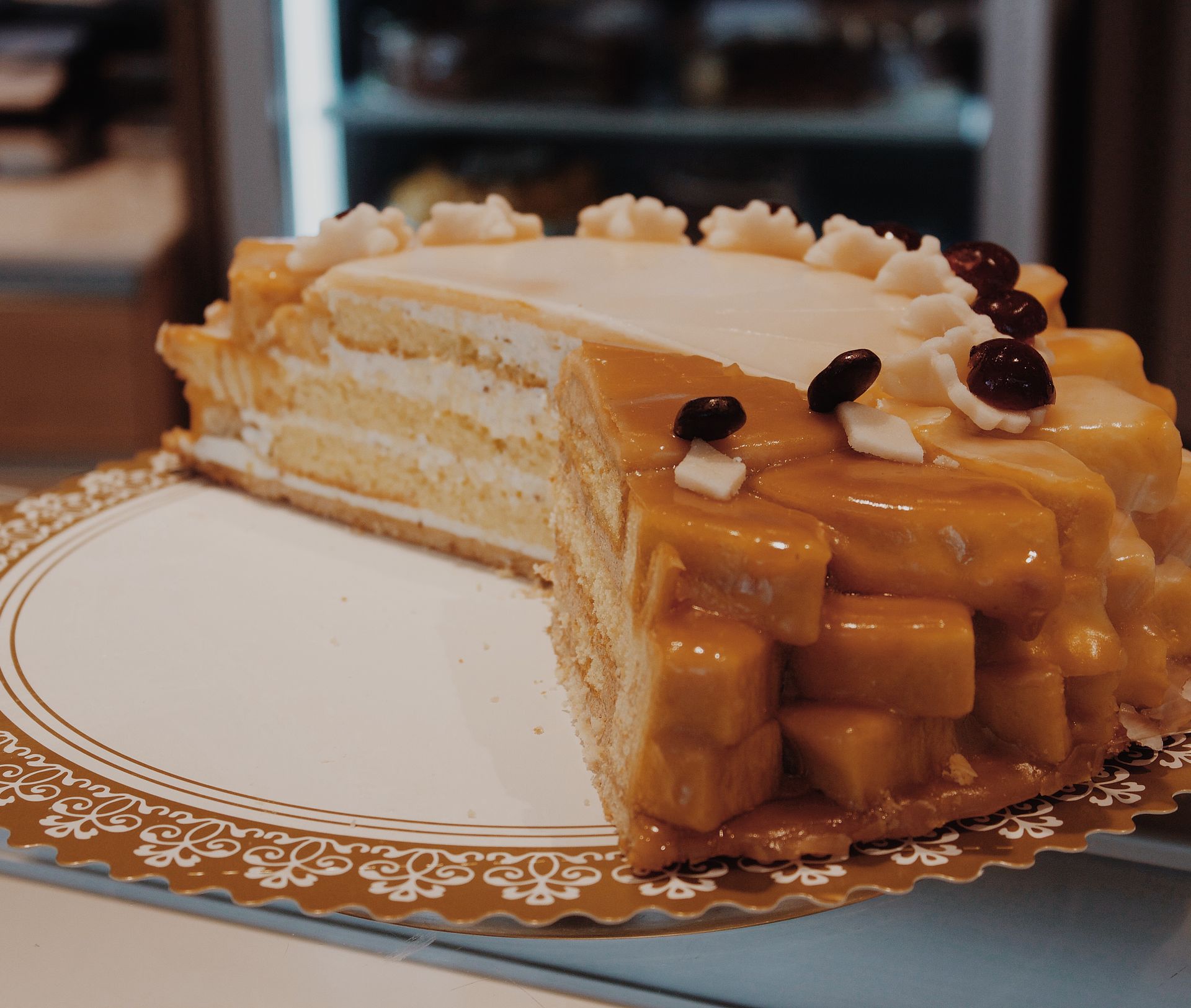 “Shall I tell you a little more about it now?” asked Klaus Rabien mischievously, as we sat facing each other in the Konditorei Rabien for the first time. That was on 12 March. We had only just ‘discovered’ him; his fame as a master patissier, specialising in Baumkuchen, had somewhat overshadowed his work as a photographer of Berlin’s alternative dance scene in the 1990s. He put together a small, pink-covered ‘photo album’ for us…we devoted a chapter to him and his story, and were looking forward to welcoming him to the opening celebration of the festival. Sadly, this would never transpire; Klaus Rabien fell seriously ill, and passed away on 18 August 2018, at the age of eighty-five. We wish we could have gotten to know him better – in Steglitz, over a piece of his favourite cake.